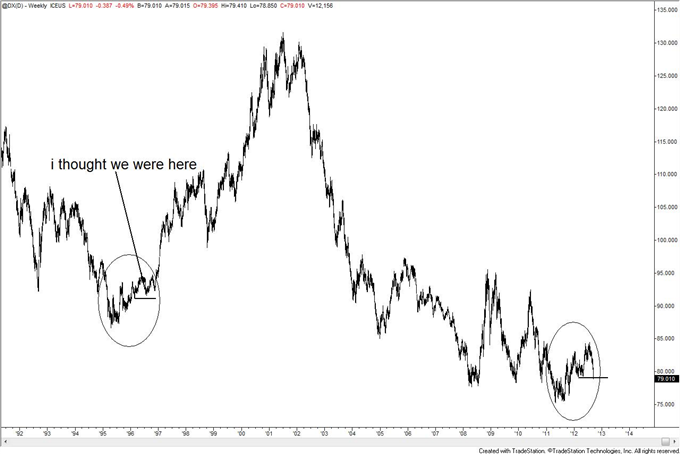 The USDOLLAR has broken major support. The path is towards USD weakness for at least the next few weeks but the proximity of major technical levels in most USD crosses suggests that now is as good a time as any for a corrective USD advance. 60 minute (short term) and 240 minute (medium term) RSI declines (for XXX/USD crosses) below 50 should help time short USD entries.

“The relationship between the US Dollar Index in 1995-1996 and now was pointed out to me by ElliottWave-Forecast. The charts tell the story and it’s uncanny. Not only do the patterns show remarkable similarity in form, but also in time and amplitude.” Needless to say, this week’s action has eliminated the 1995-1996 pattern as a guide. The drop below the 2/29 low (see small black horizontal line) negates the series of higher highs from the May 2011 low. In 1996, the drop held above its swing low. 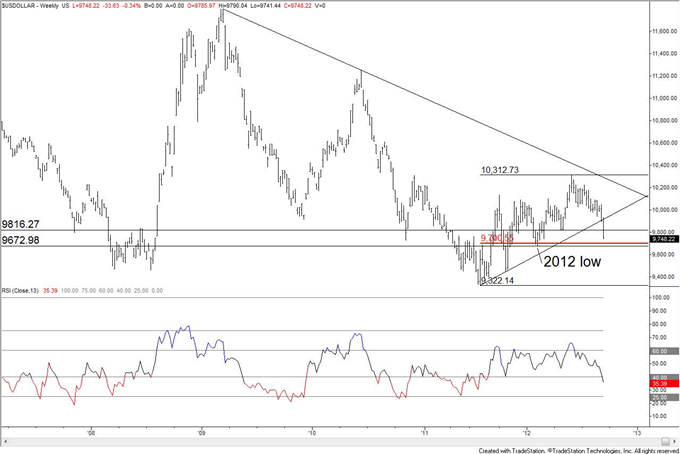 Jamie –The Dow Jones FXCM Dollar Index (Ticker: USDOLLAR) has dropped below the May low, is testing the March low, and is fast approaching the February (and 2012) low of 9672. The 61.8% retracement of the 2011-2012 advance is just above at 9700. At some point, consolidation will take for at least several days and the USDOLLAR will rally, albeit in a corrective manner before additional losses. 9670 to the current level (9755) is a good place for consolidation to take place. 9820/60 is resistance. 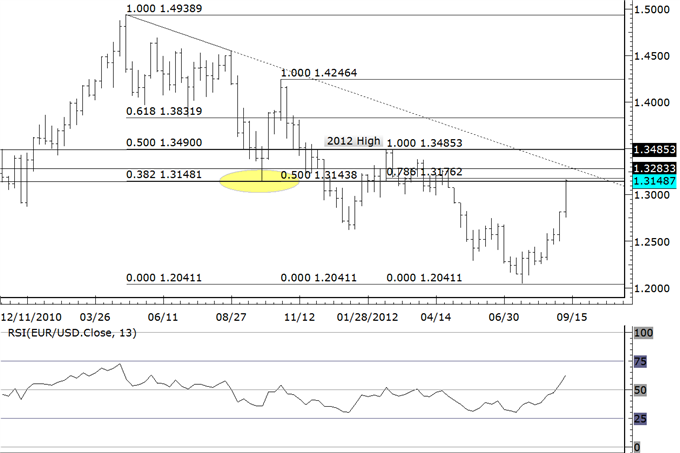 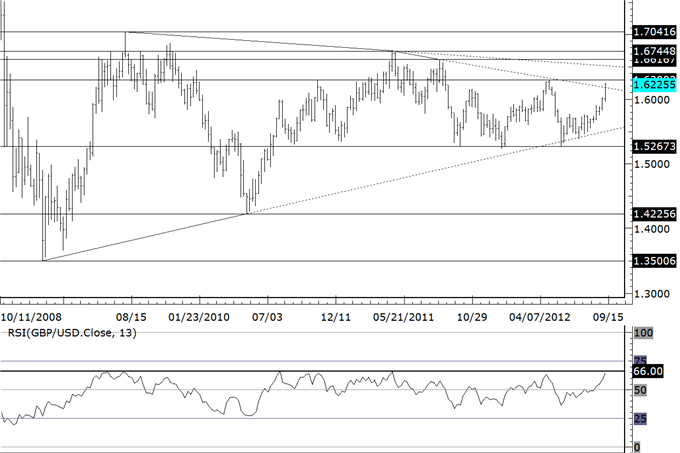 Jamie –The GBPUSD has rallied through the trendline that extends off of the April and August 2011 highs. Focus is squarely on the May (and 2012) high at 16301 and then the trendline that extends off of the 2009 and 2011 highs. That line crosses roughly 16497 next week and decreases slightly more than 3 pips per week. 16130/75 is now support. Like all USD crosses, expect USD strength to prove corrective. 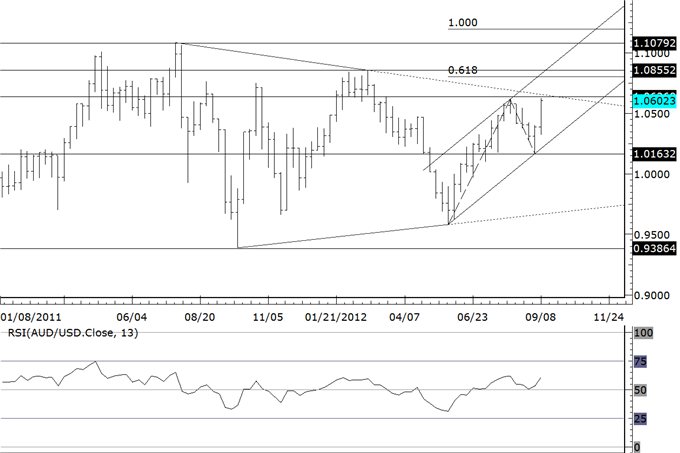 Jamie – The AUDUSD is at the August high and trendline that extends off of the 2011 and 2012 highs. Ideally, this level leads to short term exhaustion and trigger a corrective decline. Estimated support is 10470/10500. It is possible that today’s rally completes a triangle leg from the June low but not probable. Why? Opening range implications for the month (bullish) and RSI on intraday (240 min and 60 minute) charts (extremely strong which is suggestive of a bull trend). Expect support as RSI dips to 50 on 240 minute charts and 40 on 60 minute charts. 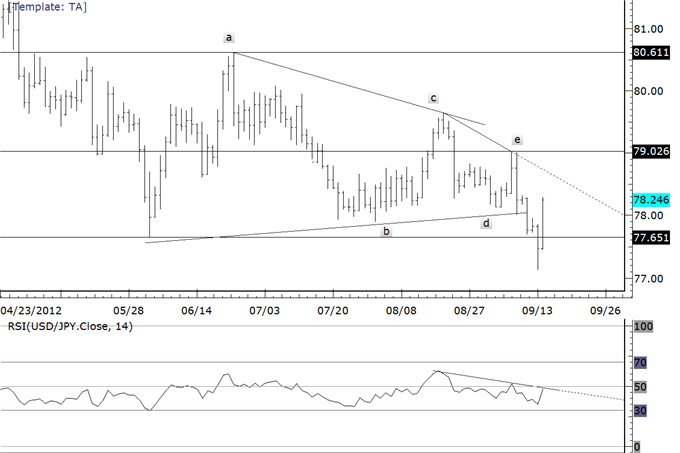 Jamie – The USDJPY took out the June low and registered its lowest daily close since early February on Thursday. As focused on last night, the drop satisfies minimum expectations from the 3 wave advance off of the June low. The downside bias has proved correct but the USDJPY is notorious for false breakouts. Moreover, some measured of volatility spiked to their highest levels since June 1 (an important low). Beware of a snap back above 7800.” I’m not how I missed this yesterday, but after another look it is possible that Thursday’s decline completed a terminal thrust from a triangle. The implications are for a return to 8061. Of course, this goes against the monthly trend (high for the month is 7903) but the USDJPY seems to play by its own rules.