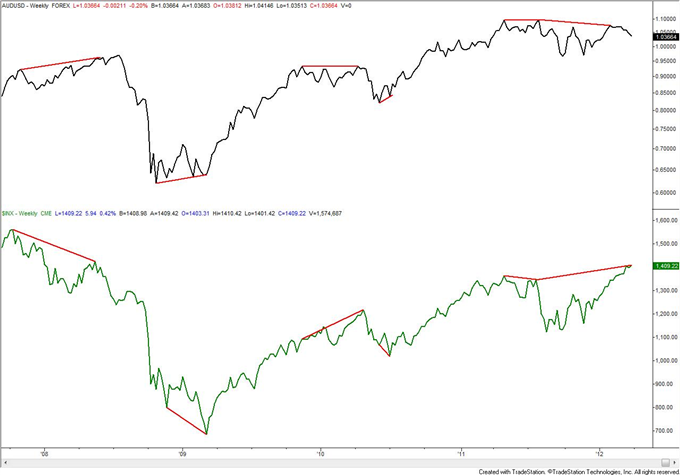 Diverging Markets Warn of Trend Reversals in Stocks and USD 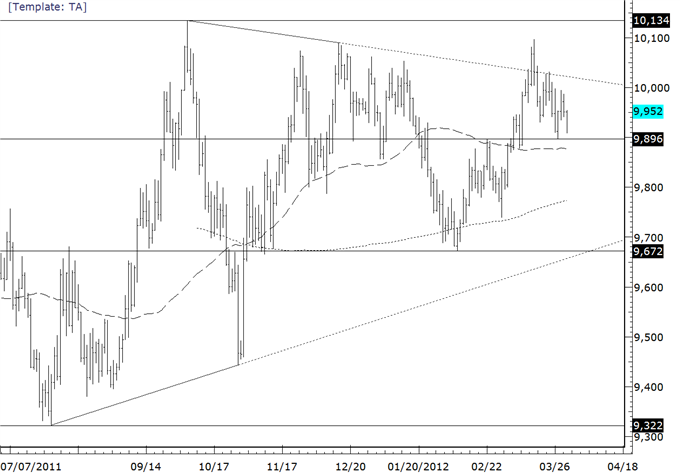 Jamie – The Dow Jones FXCM Dollar Index (Ticker:) low this week occurred right at the 2/22 high (former resistance becomes support). Bullish evidence includes a positively sloped 20 day average (and 20 day above 50 day average) and daily RSI bouncing off of 50. Bearish evidence is simply the fact that price remains confined to a range (albeit it the upper end of its nearly 12 month range). Exceeding 9998 would warrant a bullish bias in anticipation of a break above 10032 and 10097. 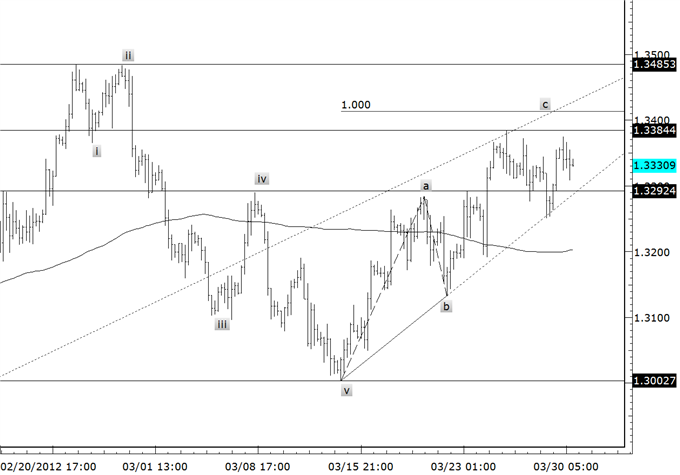 Jamie – One can make a case that the decline from 13485 and advance from 13003 composes waves 1 and 2 of the next bear leg. That may be the case but from a trading standpoint I would wait until next week before doing anything. Aside from being important with respect to price extremes (highs/lows), a new month sometimes triggers a change in market conditions as well. 13190 is the pivot and resistance is 13415 (one more high may complete the advance). 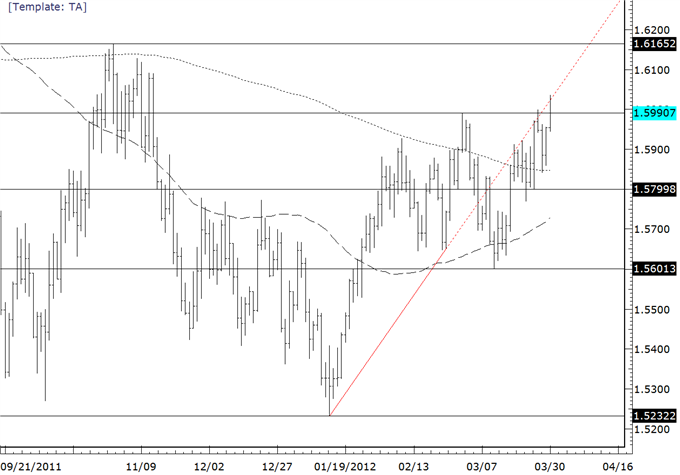 Jamie –This week’s comment that “the extreme divergence with RSI on the daily (extreme in that RSI is not even close to 70) is suggestive of a more important top” remains but why short a well bid market? The point is that the GBP is strong relative to most currencies and every dip has been met retraced quickly. Focus is on the October high at 16150. Weakness from the current level encounters support at 15770 and a drop below 15600 is needed to suggest that something more bearish in the works longer term. 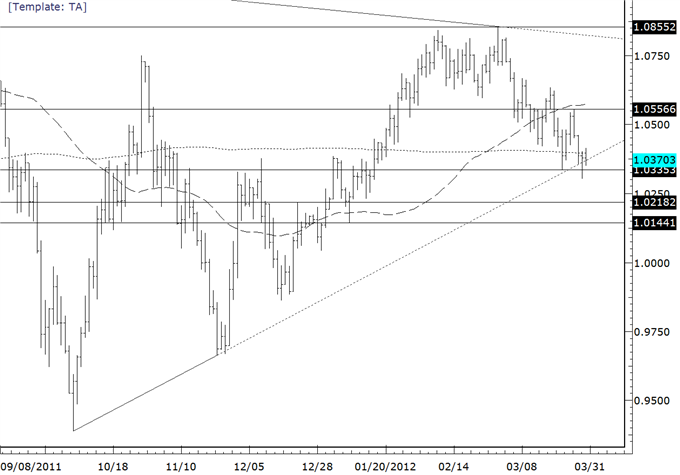 Jamie – Thursday’s action leaves a doji at the all-important 200 day average and trendline that extends off of the October and November lows. Combine this with what may be a completed 5 wave advance from 10855 (wave 5 as a diagonal) and the market may be primed for a ‘short covering’ rally back to 10600 or higher…before an April plunge. There are other valid more immediate bearish counts of course and 10430, 10500 are expected resistance ahead of 10550 but one should always keep abreast of what could go wrong. I favor selling rallies into 10430//60/90 with a stop above 10550. Use stops lest you get caught in a 2nd wave correction back to 10650. Eventual bearish objectives are 10220 and 10145. 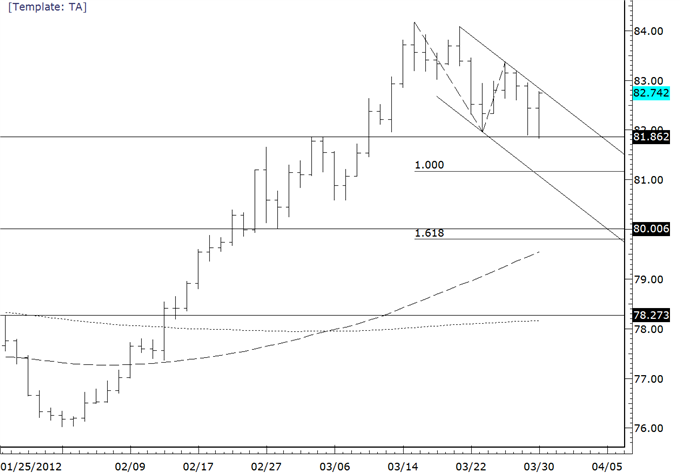 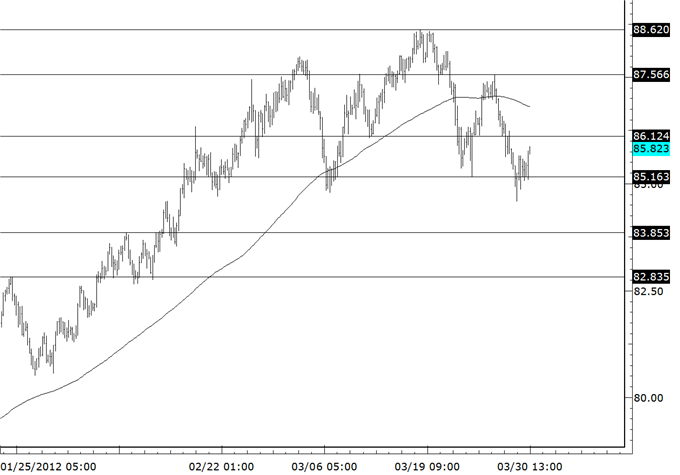 Jamie – Much is made of the head and shoulders pattern. I get dozens of emails and tweets everyday proclaiming the existence of head and shoulders patterns across multiple time frames and markets. I take issue with these proclamations because the pattern can’t exist until it is confirmed by a neckline break. Well, AUDJPY price pattern throughout March is a good example of an actual head and shoulders pattern. For the first time in many months, selling rallies is warranted. Resistance is 8610 and even 8660. I wouldn’t even dismiss a diabolical tag of 8757 from Mrs. Market just to confound participants (although that seems quite unlikely). The next bear leg targets are 8385, 8285, and maybe 8055. Keep the bigger picture in view. The last 5 weeks have spent time at the resistance line that extends off of the November 2007 and July 2008 highs and a bearish key reversal formed last week. Note that trading reversals is extremely difficult and often requires several attempts.