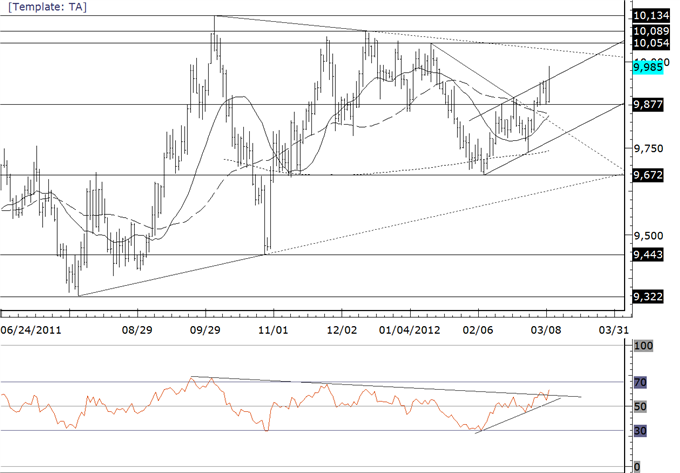 Jamie – The Dow Jones FXCM Dollar Index (Ticker: USDOLLAR) may be turning the corner. Technically, bulls’ position is now supported by the 20 day average hold, 2/29 reversal and break above the confluence of the trendline resistance and the 50 day average. A bullish bias is warranted as long as price is above 9836. Interim resistance is 9940 but focus is on the trendline near 10000. 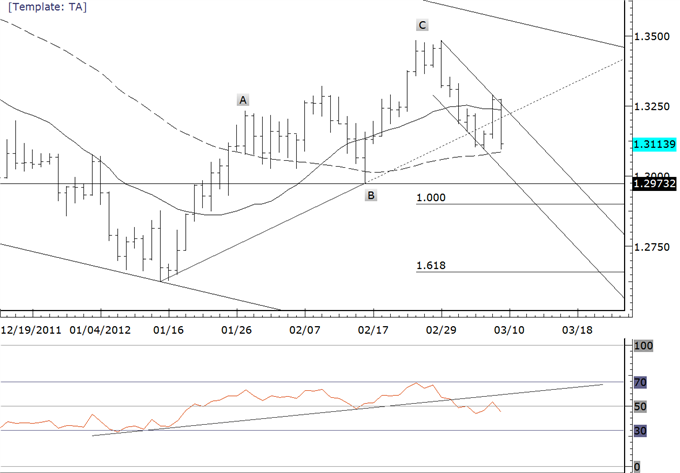 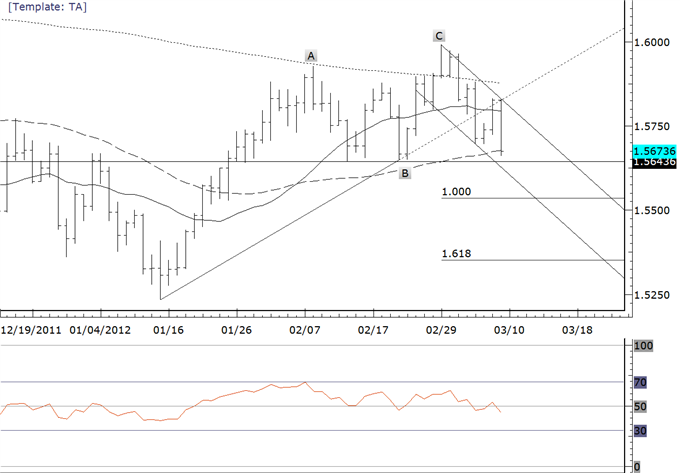 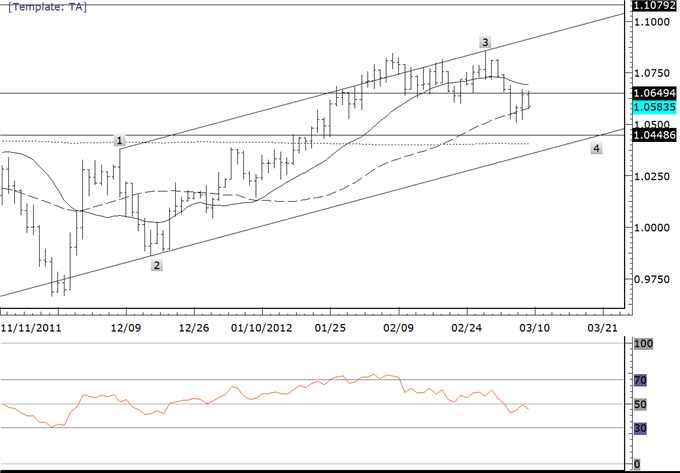 Jamie – At this point, we must respect additional upside in the AUDUSD as far as the bigger picture is concerned. Near term, I’m looking lower on balancefor the month towards 10410/50 in what may be a 4th wave correction. The operative term is ‘on balance’ because 4th wave are notoriously choppy and prone to whipsawed action (such as we’ve seen this week). Currently in no man’s land, I favor shorts above 10700 and longs at 10410/50. Trades placed from the middle of the range (now) are at risk of sharp drawdowns. 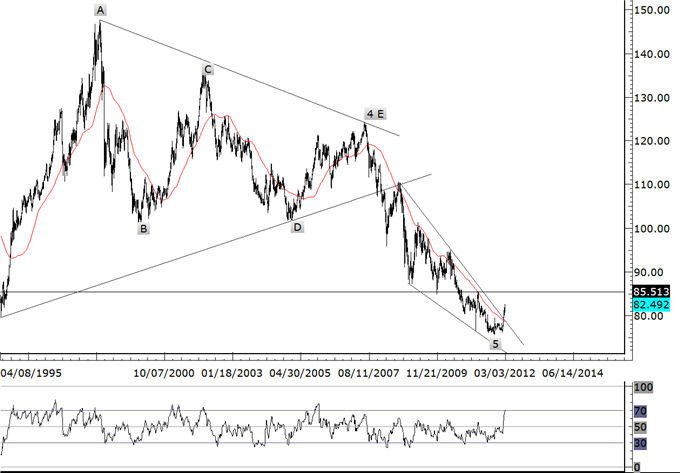 Jamie – The USDJPY has broken out to its highest level since late April 2011. The chart above is an update to the chart published over 3 years ago in Sentiment in the Forex Market. The implications? A MAJOR, potentially multi decade low is in place. What’s more, the 5th wave from the 2007 high unfolded as an ending diagonal. Ending diagonals are typically resolved with a sharp reversal and the rally from the February low fits the bill. Several technical tidbits support the EW view. Weekly RSI has crossed into 70 (longer term BULLISH) and the slope of the 52 week average is now positive. Trading wise, the next objective is 8550 and support next week is 8190, and 8120. Stay bullish as long as price is above 8055. 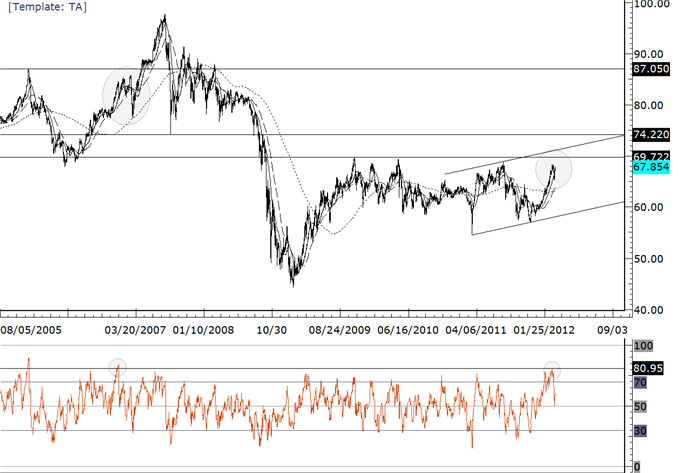 Jamie – The current technical position of the NZDJPY is similar to that of January-February 2007. Momentum as indicated by RSI was recently at the highest level since January 2007. Also similar to 2007 is that price is nearing an important peak (6900 and 6972 in current situation). Expect a choppy topping process over the next several weeks before a more significant decline. Support next week is 6660/85.