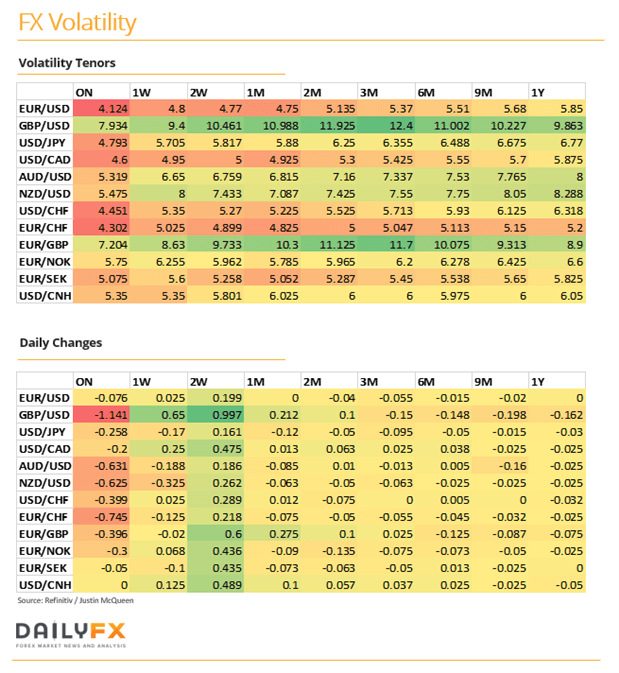 Implied volatility in the Pound remains elevated with options continuing to add risk premium, most notably in the 2W tenor with 1 vol added. Yesterday, GBP/USD pushed to two-month highs on the back of optimistic comments from EU’s Juncker in which he stated that there is a possibility to drop the backstop with a sufficient alternative arrangement and reach a deal by October 31st. However, given how short the market is of Sterling, this could be somewhat of an overreaction led by a short-squeeze. As a reminder, the rest of the EU, most notably France have yet to show similar optimism, while the current parliamentary arithmetic also makes the chances of a deal being approved parliament relatively limited.

Next week, eyes will be on the Supreme Court ruling on the proroguing of parliament, however, we expect the initial reaction to be relatively contained, given that the likely intent by Boris Johnson to suspend parliament had been to prevent it from passing a bill to stop a no-deal Brexit, which has already been passed.

GBP/USD ATM break-even straddles = 152pips(meaning that for option traders to realise gains, the spot price must see a move greater than 152pips). 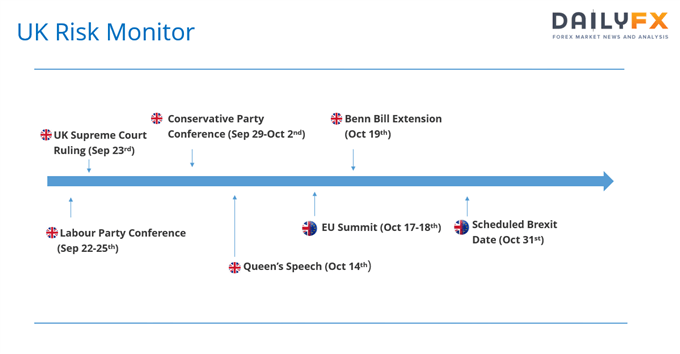 Over the past week, money markets pricing in the likelihood of a rate cut at the October 1st meeting has soared from 25% to 80%. The week saw a slightly more dovish than expected RBA minutes increase the importance of the latest labour market report, which showed an uptick in the unemployment rate to 5.3%. Consequently, the October rate decision is now a live meeting in which a rate cut is a material risk. That said, next week will see focus on RBA Governor Lowe’s speech at 10:55BST on Tuesday, in which market participants will be looking for a clear signal to confirm another rate cut at the next meeting. With this in mind, risk premium has been added to the 2-week expiry, which covers the RBA meeting.