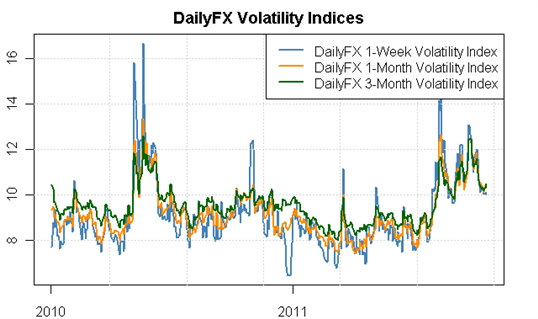 As of the most recent CFTC Commitment of Traders report, Non-commercial traders were their most bullish the US Dollar against the Euro since the EURUSD set a significant bottom near 1.20 in 2010. A subsequent rally suggests many covered their shorts, and recently-choppy price action implies the EURUSD correction higher may have run its course.

Uncertain price action leaves us in favor of trading ranges in the EURUSD and other currency pairs. This means buying dips towards the lows near 1.3650 and selling rallies towards the highs. A sharp drop in forex market volatility expectations likewise suggests we may enter wide trading ranges across major US Dollar pairs. 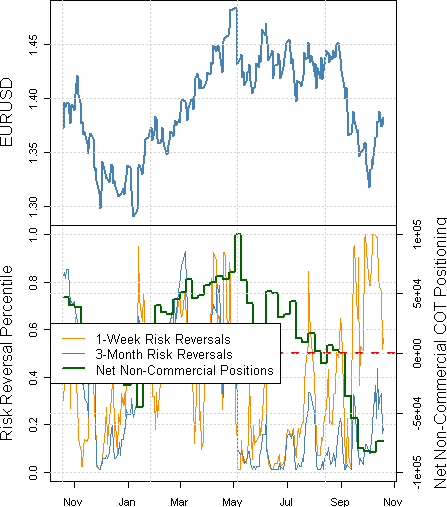 Euro/US Dollar options sentiment remains extremely choppy as of late, recently hitting bullish extremes and immediately pulling back. It is very difficult to make any sort of medium-term forecast with conviction in this kind of market.

Yet the most recent CFTC Commitment of Traders data shows Non-commercials remained heavily net-short as of October 11. Such one-sided leveraged bets suggest that the current rally is being fueled by short-covering and may have further room to run before the downtrend resumes.

FXCM’s Speculative Sentiment Index currently stands at -1.7, showing that the number of traders short outnumber those long by 1.7 to 1. Such one-sided sentiment gives contrarian signal that the pair may continue its recent advance and we remain bullish. 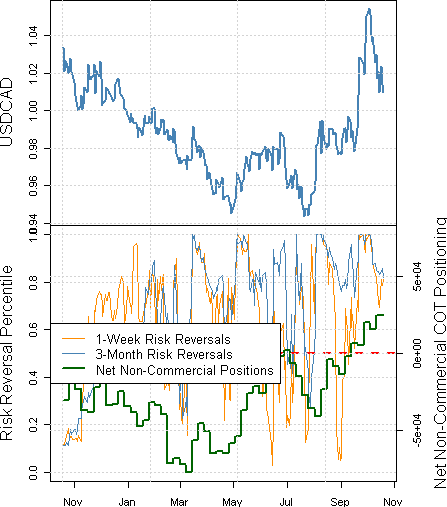 We recently wrote that USDCAD FX Options sentiment remains near its most bullish on record (7 years), emphasizing that market bias has clearly shifted in favor of continued strength. Yet those same risk reversals recently corrected significantly lower, and recent trends have turned in favor of USDCAD weakness.

To that end, we note that our proprietary Speculative Sentiment Index data shows that the number of retail traders long USDCAD outnumber those short by a noteworthy 2.2 to 1. Such one-sided positioning gives us contrarian signal that the pair may continue lower. 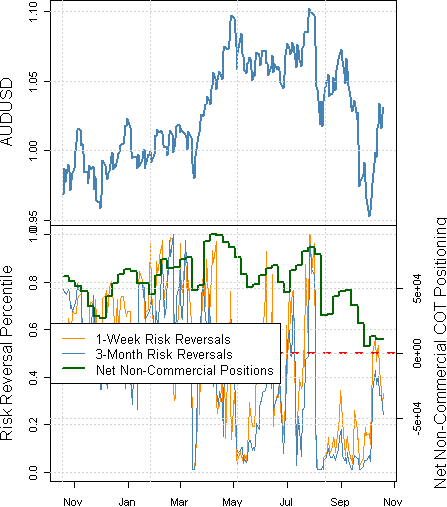 Extremely one-sided Australian Dollar risk reversals have gave us contrarian signal that the pair could correct significantly higher, and indeed the AUDUSD is substantially off of previous lows. Those same risk reversals are now far less extreme, and we would argue that this topside correction has mostly run its course.

Where this leaves us now is admittedly unclear. Given that the S&P 500 and key currency pairs have been trading in choppy ranges, the AUDUSD could similarly trade within an increasingly narrow range through the days ahead. 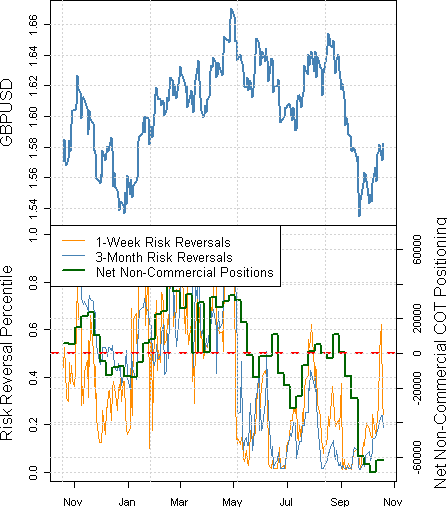 We recently argued that extremely bearish GBPUSD sentiment suggested the pair could correct higher, and indeed it now trades significantly off of its recent lows. Sentiment remains quite bearish, and CFTC Commitment of Traders data shows that Non-commercial traders remain their most net-short since the pair bottomed through mid-2010.

It seems as though the GBPUSD may have further room to rally as traders cover short positions. Yet we are far less bullish than we were just two weeks ago—especially as markets have seemingly entered tight and choppy trading ranges. 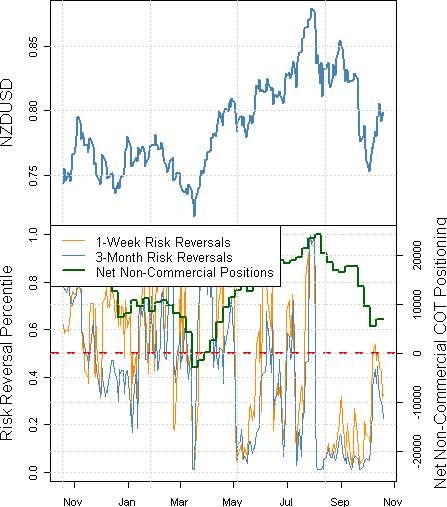 The New Zealand dollar remains in an unsurprisingly similar position as that of the Australian Dollar. NZDUSD options sentiment was recently near its most bearish since the pair set a significant bottom near $0.65 in early 2010. CFTC Commitment of Traders data likewise showed that traders have aggressively pared bets on NZDUSD strength.

The combination showed that the pair was likely to correct significantly off of its lows. Indeed, we’ve seen a major bounce, and there’s a reasonable chance the NZDUSD could continue trading higher. Yet we are far less bullish than we were weeks ago. 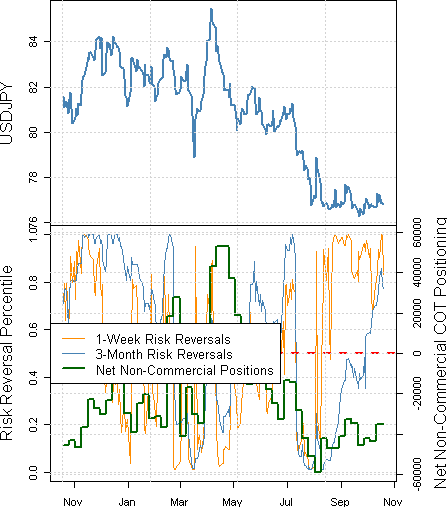 A noteworthy bounce in USDJPY risk reversals suggests that many are increasingly betting on and hedging against further strength. Indeed, the actual number (not pictured) is steadily above the psychologically significant -2.0 level. We have found that the Japanese Yen tends to weaken or trade sideways when its 3-month risk reversal trades above -2, and indeed this gives us a fairly bullish bias for the USDJPY.

Yet we see little evidence that there is enough conviction in its current bounce to drive a bigger move higher. Indeed, it seems likely that the pair continues to range trade until further notice. 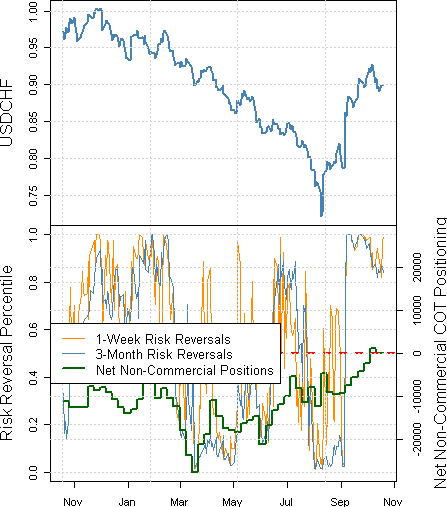 USDCHF risk reversals continue to trade near their most bullish levels on record, and the pair seems likely to continue trading higher. Yet shorter-term outlook is clouded due to the positioning extreme visible through CFTC Commitment of Traders data.

Non-commercial futures traders are their most net-long USDCHF since mid-2010, warning that the pace of gains may slow. Indeed, it seems probable that we see further short-term pullbacks before the USDCHF trades to fresh highs.