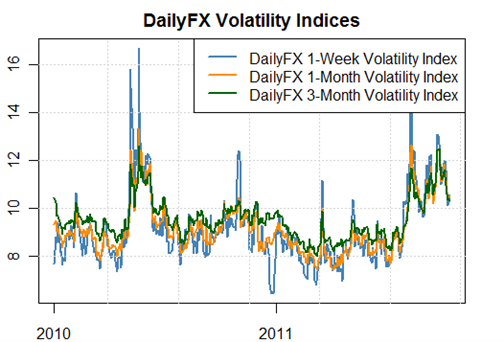 Non-commercial futures traders were recently their most bearish the Euro against the US Dollar since the EURUSD set a significant bottom near 1.20 in 2010. And though sentiment extremes are only clear in hindsight, such one-sided positioning warned of a significant bounce.

The next question is obvious: if this is truly a correction within a larger US Dollar rally, when may it end? Important targets on the EURUSD include the 1.4000 mark and key previous congestion near the 1.4100 mark. It will be important to watch how the US Dollar reacts when and if we get to those levels in the EURUSD. 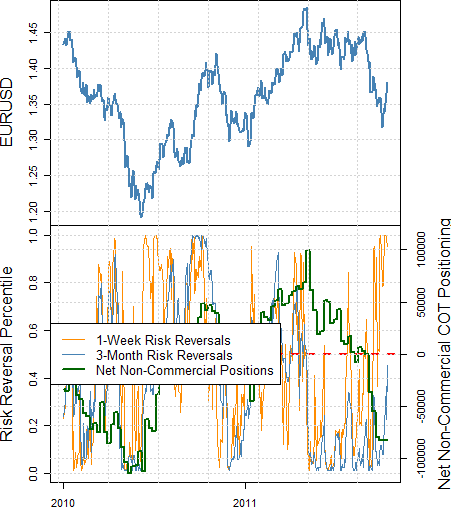 Euro/US Dollar options sentiment has improved significantly as of late, pointing to further EURUSD strength through upcoming trade. The most recent CFTC Commitment of Traders data shows Non-commercials remained heavily net-short as of October 4. Such one-sided leveraged bets suggest that the current rally is being fueled by short-covering and may have further room to run before the downtrend resumes.

FXCM’s Speculative Sentiment Index currently stands at -1.6, showing that the number of traders short outnumber those long by 1.6 to 1. Such one-sided sentiment gives contrarian signal that the pair may continue its recent advance and we remain bullish. 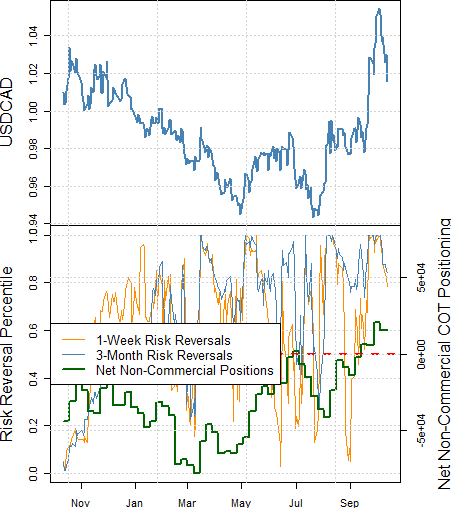 USDCAD FX Options sentiment remains near its most bullish on record (7 years), emphasizing that market bias has clearly shifted in favor of continued strength. The most recent correction comes after a significant move off of the lows. As such, the broader trend favors a continued rally.

Yet the shorter-term could see the USDCAD pull back further before it resumes its uptrend. 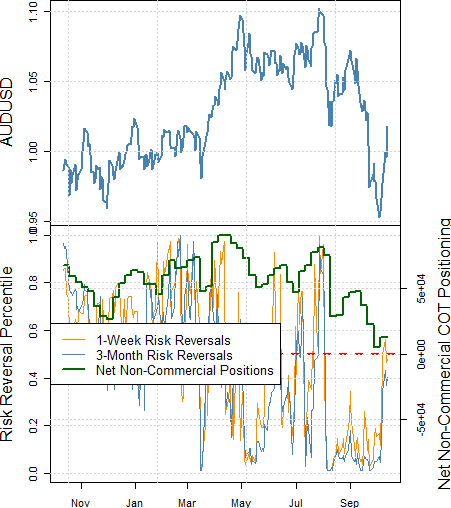 Australian Dollar risk reversals were recently at their most bearish since the pair set a significant bottom near the $0.60 mark in early 2008, warning of a potential bearish sentiment extreme. Futures positioning likewise showed traders had severely scaled back AUDUSD longs, and overall it seemed quite likely we would see a noteworthy AUDUSD bounce.

As it stands, options traders have scaled back bets on AUDUSD weakness. Risk reversals are still quite bearish, however, and there seems scope for further AUDUSD rallies before we see a resumption of the preceding downtrend. 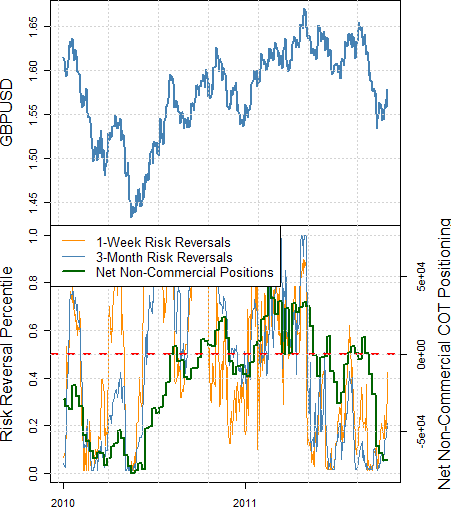 Much like in other US Dollar pairs, there is considerable risk that the British Pound has set an important short-term sentiment extreme. FX Options risk reversals are currently near their most bearish since the pair set a significant low near the 1.45 mark through early 2010. CFTC Commitment of Traders data likewise shows that Non-commercial traders are at their most bearish since the same market bottom.

There’s real risk that we could see further short-term GBPUSD strength before a resumption of the broader downtrend. 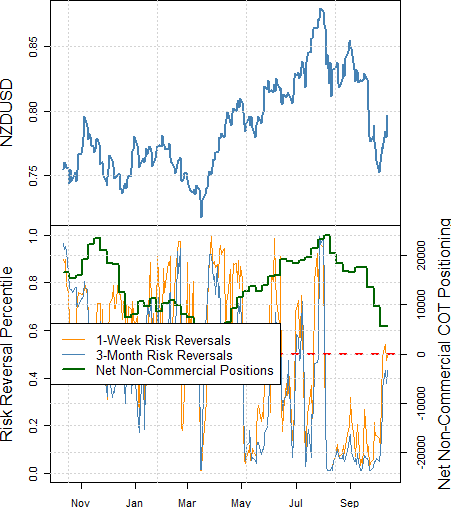 The New Zealand dollar remains in an unsurprisingly similar position as that of the Australian Dollar. NZDUSD options sentiment was recently near its most bearish since the pair set a significant bottom near $0.65 in early 2010. CFTC Commitment of Traders data likewise shows that traders have aggressively pared bets on NZDUSD strength.

The combination suggests that the NZDUSD could continue its recent rallies before it falls back into its preceding downtrend. 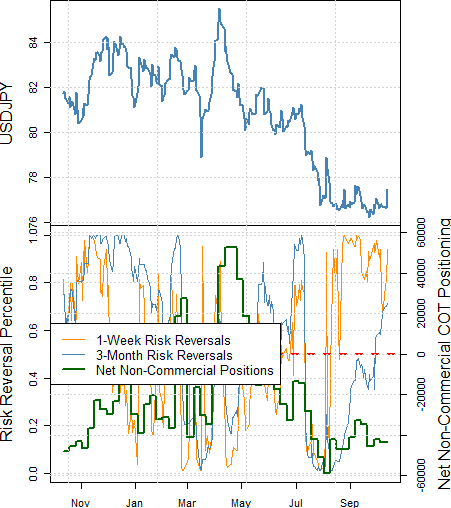 A noteworthy bounce in USDJPY risk reversals suggests that many are increasingly betting on and hedging against further strength. Indeed, the actual number (not pictured) is steadily above the psychologically significant -2.0 level. We have found that the Japanese Yen tends to weaken or trade sideways when its 3-month risk reversal trades above -2, and indeed this gives us a fairly bullish bias for other Yen pairs (such as the AUDJPY, EURJPY, GBPJPY).

For the USDJPY, we see little evidence that there is enough conviction in its current bounce to drive a bigger move higher. Indeed, it seems likely that the pair continues to range trade until further notice. 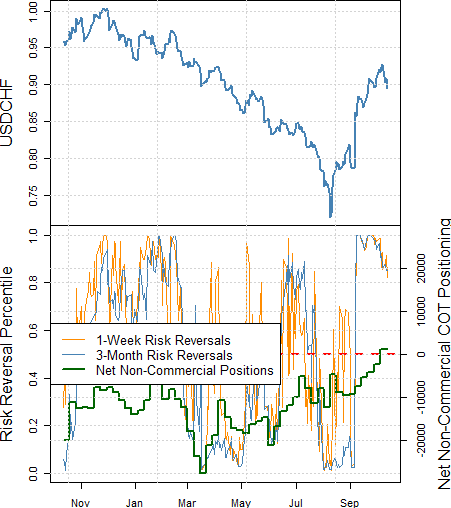 A recent pullback in the USDCHF seems like a natural correction within a much broader upswing. Risk reversals previously traded near their most bearish USDCHF on record, but the current reading shows options traders are near their most bullish since mid 2010.

On balance, the likelihood of a broader US Dollar pullback could push the USDCHF lower. Such a move could be a short-term correction within a much larger rally.