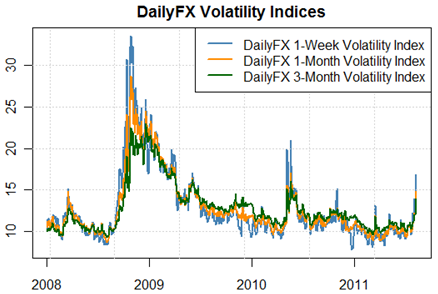 US Dollar to Rally as Stocks Fall off Cliff

Volatility expectations have broken to substantial highs, and we see strong evidence that the USD may have set an important bottom through recent trade. And though there is always risk of short-term correction (forcing a USD pullback), risks remain weighed in favor of Greenback gains.

As of very recently traders remained heavily net-short the US Currency across the board. Broader financial market deleveraging would likely force continued USD gains through the foreseeable future. 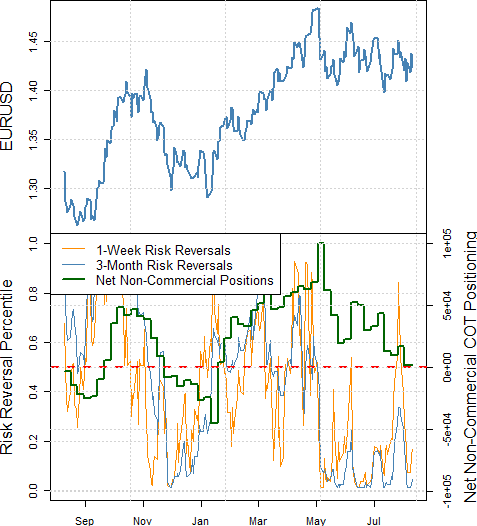 Substantial forex market volatility has not translated into sharp Euro/US Dollar moves, and in fact the single currency seems comparatively insulated to broader financial market volatility. Our 3-month Risk Reversals percentiles once again called for a short-term EURUSD bottom as of August 4, and indeed the pair has since jumped by as much as 300 pips since.

Futures traders have aggressively pulled back long positions in the Euro/US Dollar and are in fact near turning net-short the EURUSD pair for the first time since January. This would be a fairly bearish signal and mark a potential turn in trend. We remain fairly bearish, but FX Options risk reversals have not quite given us a sell signal just yet. 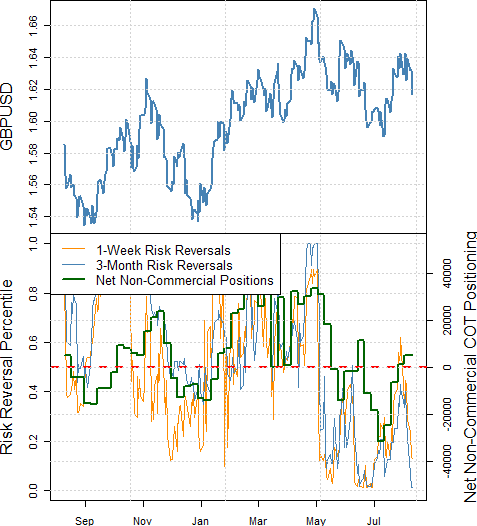 FX Options traders have moved aggressively towards betting on and hedging against further British Pound/US Dollar declines, pointing to further downside amidst currency market volatility. Given very short-term momentum, we suspect the GBPUSD could soon test psychologically significant congestion support near the 1.6000 mark, and further breakdown points to a re-test of 1.5400. 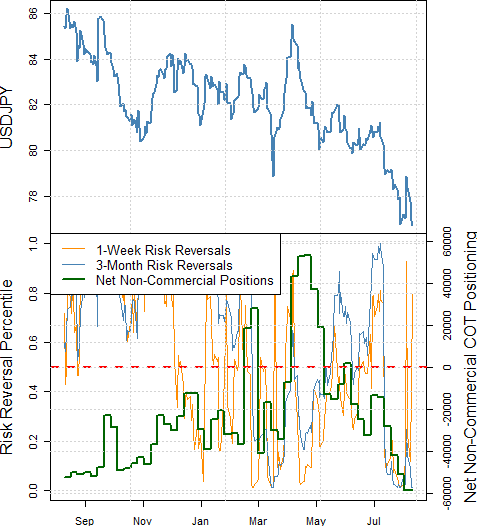 Options traders remain aggressively bearish the US Dollar against the Japanese Yen amidst a run towards fresh USDJPY lows. The USDJPY continues to break key psychologically significant support, and it is literally just pips away from post-war lows.

Continued trading around these levels increases the likelihood that we’re currently at a bearish sentiment extreme. Yet one-sided extremes are only clear in hindsight, and we see no compelling reason to establish a long position at these levels. 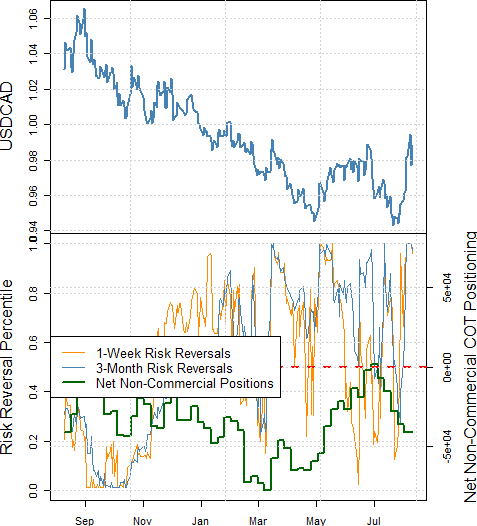 Major rallies in the US Dollar against the Canadian Dollar leaves options traders at their most bullish in the past 90 trading days, giving signal that the pair could continue higher amidst the sharp sentiment swing. The last time we saw a similar sentiment shift was when the pair saw a sustained shift through mid-May and subsequently hit multi-month highs.

It is difficult to say whether we can expect a sustained USDCAD rally, but the recent shift in sentiment leaves risks to the topside until further notice. 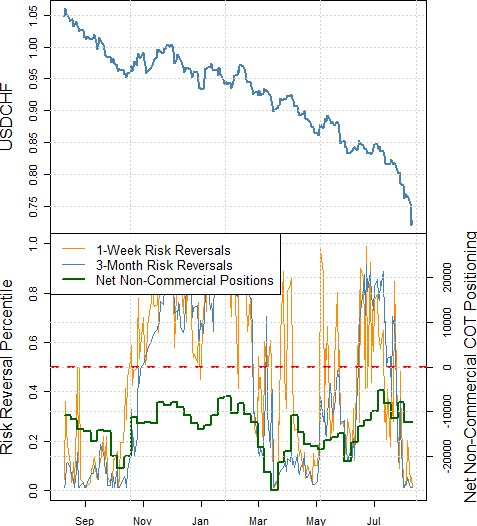 Fresh record lows in the US Dollar against the Swiss Franc have been met with aggressive bets on and hedges against USDCHF weakness. We have little choice but to favor continued weakness amidst the dramatic swing in sentiment. Of course, it is difficult to advocate for fresh short positions as potential risk outweighs potential reward. Indeed we may stick to the sidelines until we see signs of potential reversal. 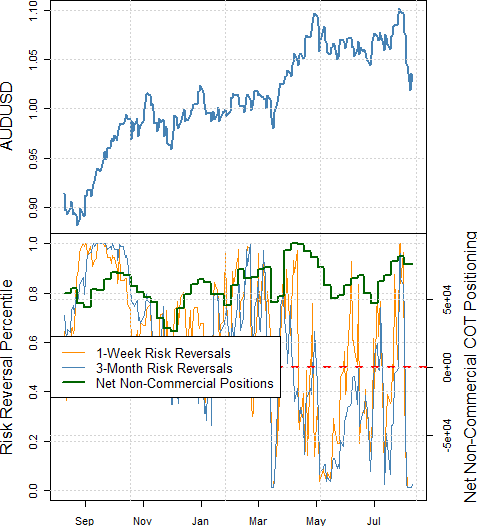 FX Options and futures have grown aggressively bearish the Australian Dollar against its US namesake, warning of further losses as speculators unwind their long positions. Indeed, we write about clear risks to the Australian Dollar following the S&P downgrade of the US sovereign debt rating and subsequent equity market sell-off.

There is real risk that the AUDUSD can continue its decline as we feel the currency has under-priced the recent sell-off in ‘risk’ and change in market sentiment. Given that CFTC Commitment of Traders data showed speculators were near their most net-long on record, further de-leveraging could quickly force AUDUSD losses. 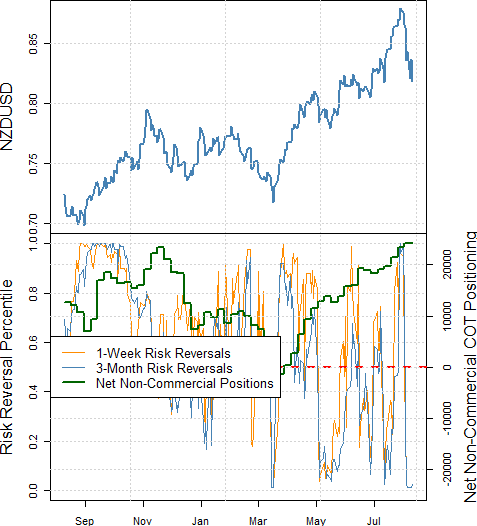 A substantial turnaround in New Zealand Dollar sentiment warns that this may be only the beginning of a larger move, and options traders are betting on and hedging against further declines. Given the severity of the sentiment correction, there is reason to believe that speculative futures traders may likewise shed long positions. CFTC Commitment of Traders data showed Non-commercial traders at their most net-long NZDUSD in history.