Price & Time: USD/CAD: Second Half of November Is What Really Matters

USD/CAD: Second Half of November Is What Really Matters 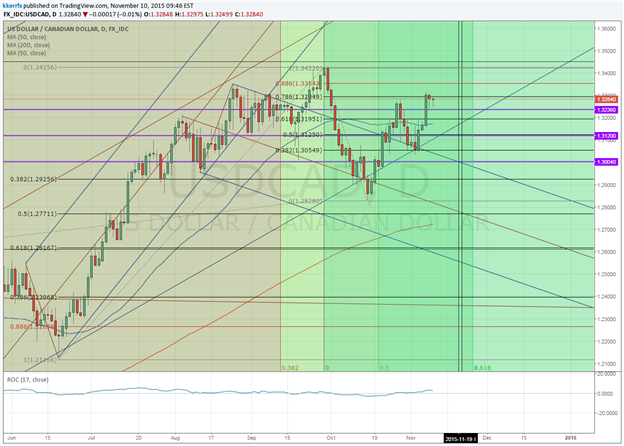 The second half of the month looks pretty important for USD/CAD from a timing perspective. It marks the 38% retracement of the time elapsed between the May low and the September high. It also marks the 50% retracement in time of the 1974 low and the 2002 all-time high. There are some other things around the latter part of the month as well, but those two are the big ones. Generally speaking with such a convergence of important timing relationships I would be looking to fade the trend leading into them. It applies here as well, but my question is in which direction will USD/CAD be trending come late November?

Today marks an intermediate-term cycle turn window. In simple speak if we are going to get another leg down into the more important turn window in the second half of the month then this is where it should probably materialize. If USD/CAD just keeps pressing higher, then the odds go up in my book for a high of some importance later in the month. Seasonal tendencies would seem to favor the former as they are pretty negative on CAD for much of the remainder of the year, but let’s see if the price action corroborates first.

Piecing together short-term cyclical relationships with long-term dynamics is always a risky proposition (i.e. more likely to get it wrong). However, this set up looks a little clearer than most and is worth watching closely. A daily close over 1.3320 would invalidate the intermediate-term window and focus attention higher into the latter part of the month, while a move sub 1.3120 would open the door to a decline into this time frame.