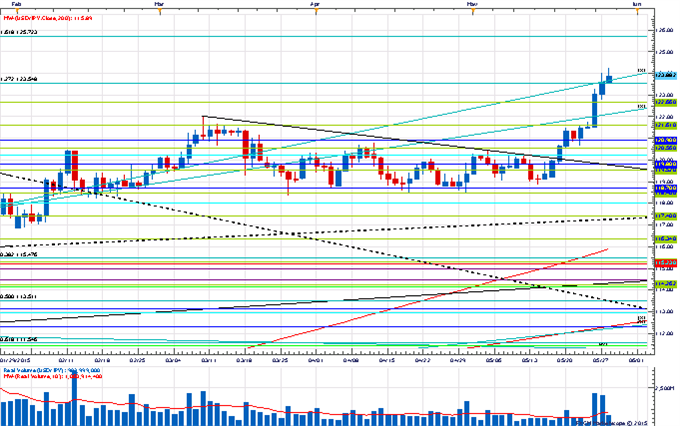 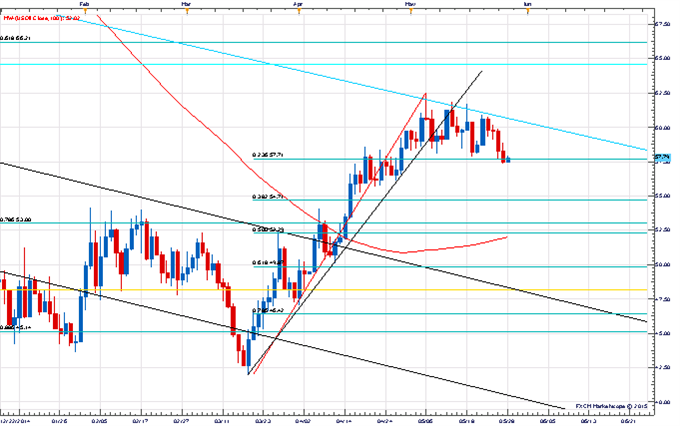 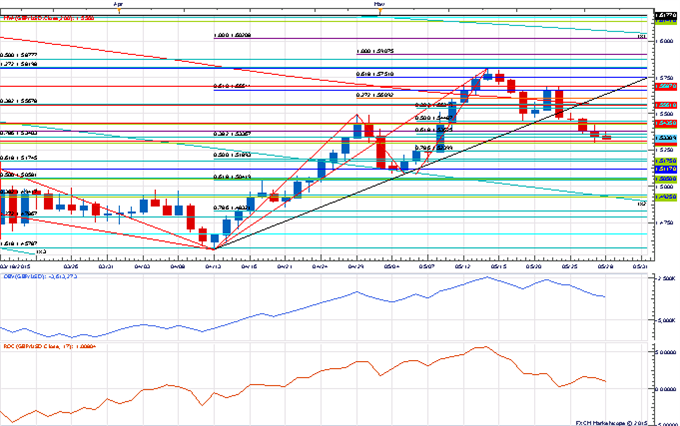 GBP/USD has followed its European counterparts lower over the past couple of weeks, but the decline has been far from dynamic. The euro, for instance, has already retraced more than 61.8% of its move off the March lows while cable only just tested the 38% retracement of the April - May advance yesterday. There are signs materializing, however, that suggest the pound is vulnerable to playing a bit of “catch up”. Last week the trendline connecting the April and May lows was breached which has put Sterling into a weak position. That break was followed by a move through the 50% retracement of the May range this week. Our focus is now on the 50% retracement of the year’s range just under 1.5200 as traction below there should provide enough evidence that the rate has turned. Short-term cycle analysis suggests there is some risk of some backfilling over the next few days, but only a move back through the 200-day moving average near 1.5560 would call into question the near-term negative view.