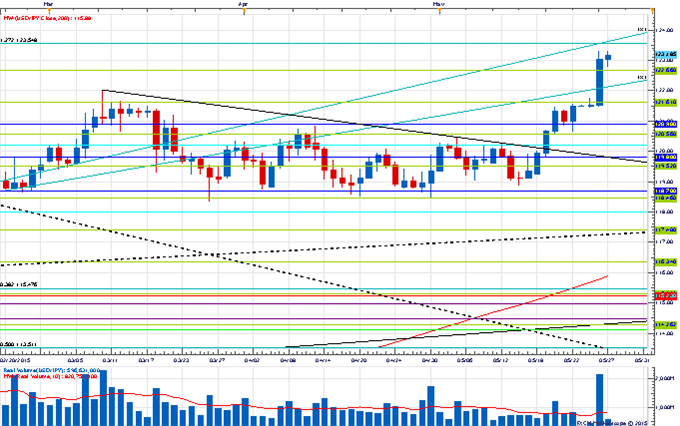 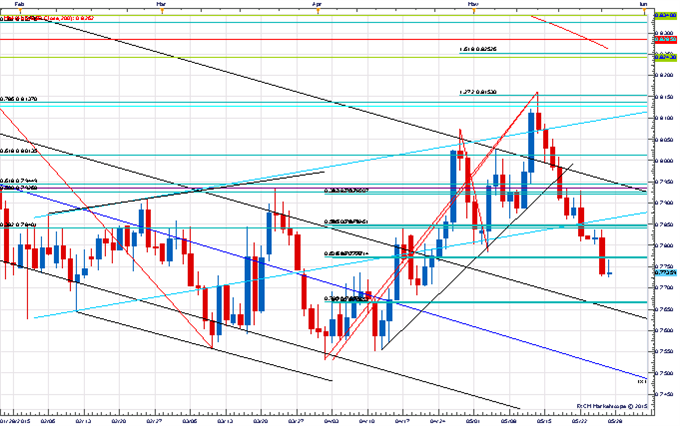 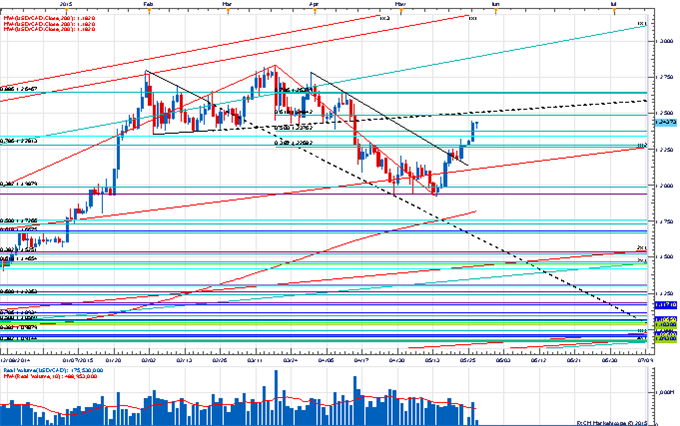 USD/CAD found support late last month near the 38% retracement of the July – March advance in the 1.2000 area. After several weeks of basing around this level the exchange rate triggered a triple bottom reversal on the move through 1.2200 and has been generally bid ever since. Yesterday’s break above the 50% retracement of the March – May decline is strong evidence that the broader USD uptrend is trying to re-assert itself here and a push through the 61.8% retracement at 1.2485 would further confirm this notion. Short-term cyclical analysis suggests we could see some two-way action develop over the next few days, but only unexpected aggressive weakness below 1.2170 would completely undermine the near-term positive technical structure in Funds.