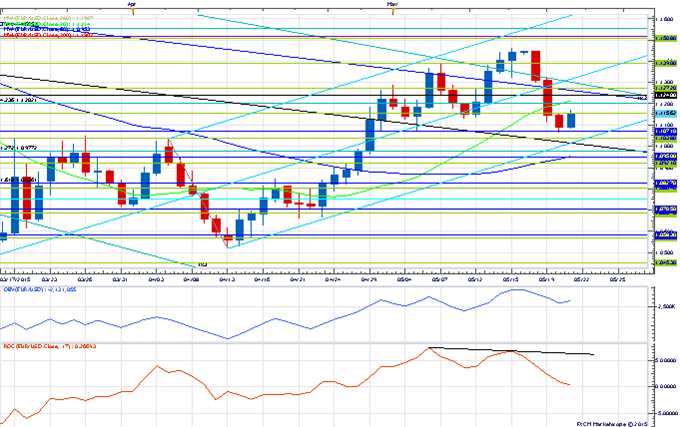 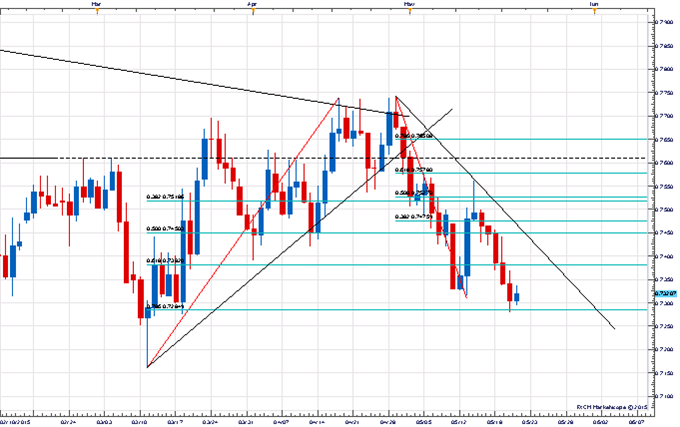 NZD/USD Strategy: Like reducing short positions into this turn window.

Focus Chart of the Day: CRUDE 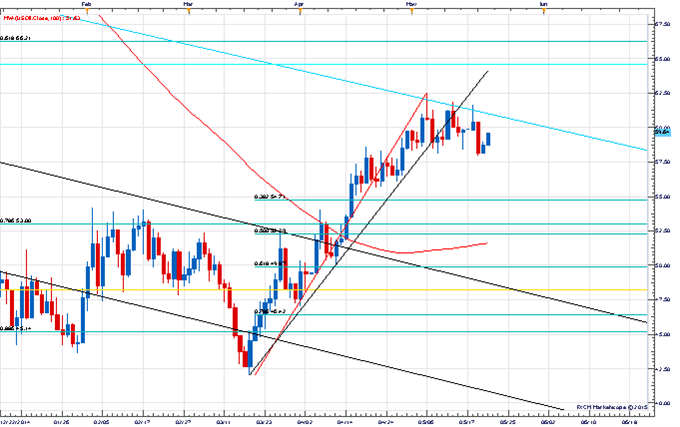 There is plenty of conflicting evidence out there at the moment as to whether USD has turned a corner or not. For instance, the sharp move higher in the US Dollar Index through trendline resistance earlier in the week would have one believe that the primary uptrend is trying to re-assert itself here and now. On the other hand, the successful test and hold of trendline support over the past couple of days in Cable suggests the correction in force since the middle of April remains very much alive and well. We can throw the daily Crude chart in the mix as well as a market with no real conviction. Last month we argued that the start of May was a good time for Crude to attempt to stage a reversal. Crude responded well to this turn window with the absolute high coming right on the May 6th focus date. However, downside follow through has been limited since then as the commodity has chopped around a narrowing 4 dollar range. For us to get more excited about a more important top we would need to see a daily settlement below 58.00 – and soon. There is now plenty of risk that the correction we were looking for has been the range of the past few weeks. A daily close over 62.50 would invalidate the negative cyclicality from the beginning of the month, but a move through long-term median line resistance now around 61.00 would be a strong sign that market is trying to trend up again.