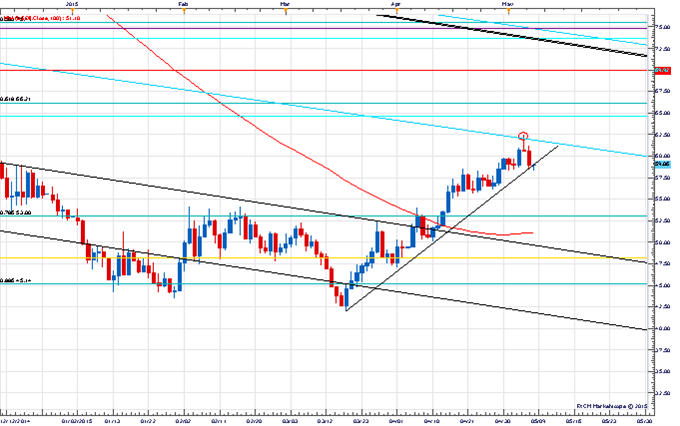 The rally in crude over the past couple of months from the cyclical turn window we highlighted (read HERE) has been impressive. From the March 18th low to the high earlier this week the commodity has rallied almost 50%! The big question now is has the correction run its course or does it have it a lot more room to run? Our analysis of the cycles suggests the commodity has reached a point this week where the broader downtrend could try to re-assert itself. The clear failure on Wednesday at median line channel resistance in the 62.00 area (drawn from the 2013 high) suggests the instrument is vulnerable going into payrolls. A key near-term pivot looks to be the upward sloping trendline off the March and mid-April lows around 59.00. A weekly close below this level would confirm a cycle high of at least some significance and set the stage for a more important move lower in the weeks ahead. A move through 62.55 is needed to invalidate the negative potential cyclicality here and re-focus attention higher.

Key Event Risk in the Week Ahead: 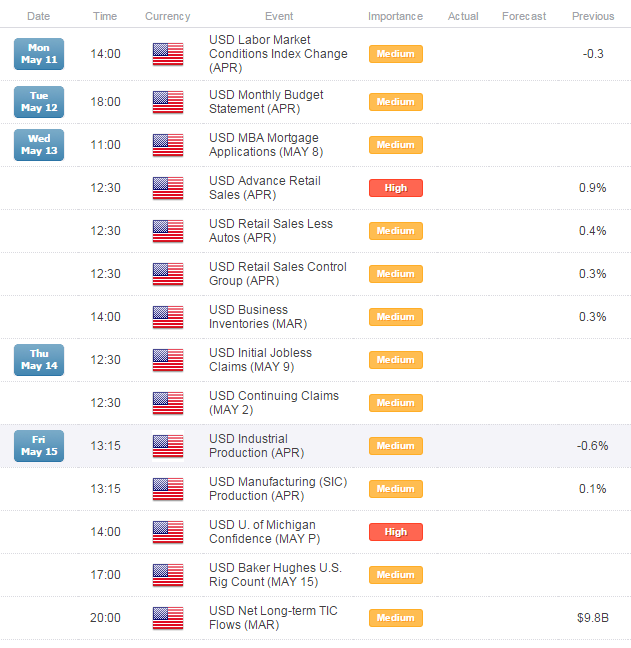 Entry: Sell Crude on a weekly close below 59.00