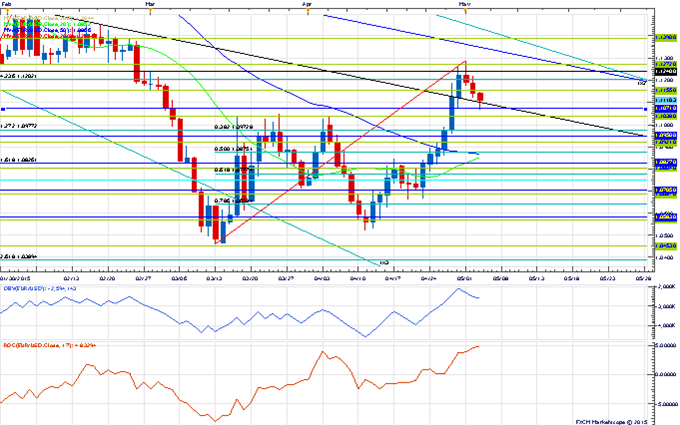 EUR/USD Strategy: Like the long side while above 1.1075, but a cycle convergence this week suggests the broader trend could be re-asserting. 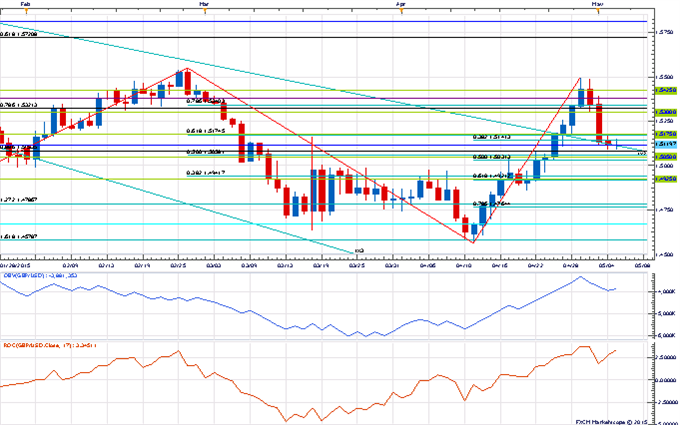 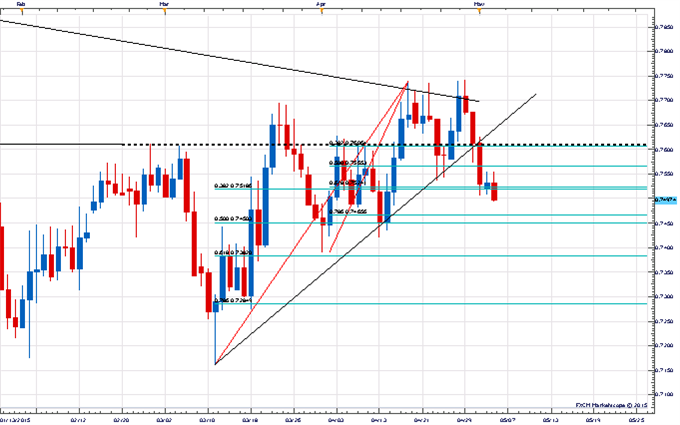 The break of the trendline in NZD/USD connecting the March and April lows around .7600 finally gave way late last week leading to a sharp move to the downside. The corresponding close below the April 23rd low has also triggered a fairly clear double top pattern on the daily chart that opens the way for move towards .7300 in the days ahead. It is also worth noting that last week’s reversal from .7740 came during a cyclically significant period that warns the broader downtrend could try to re-assert itself here. The short-term cyclical picture turns more positive after today, but as long as any recovery attempts remain below.7610 the newly found negative technical structure will remain intact.