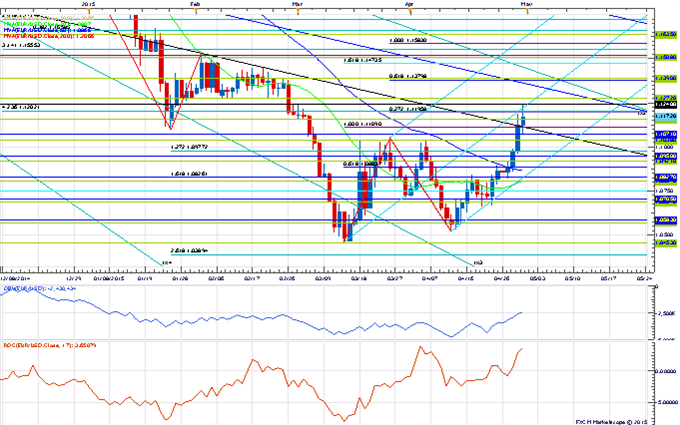 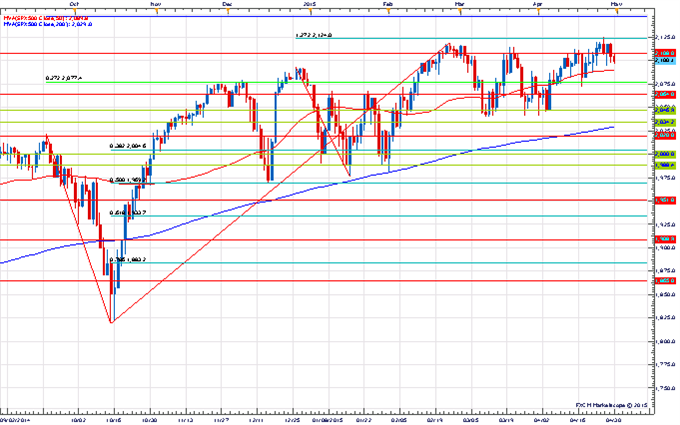 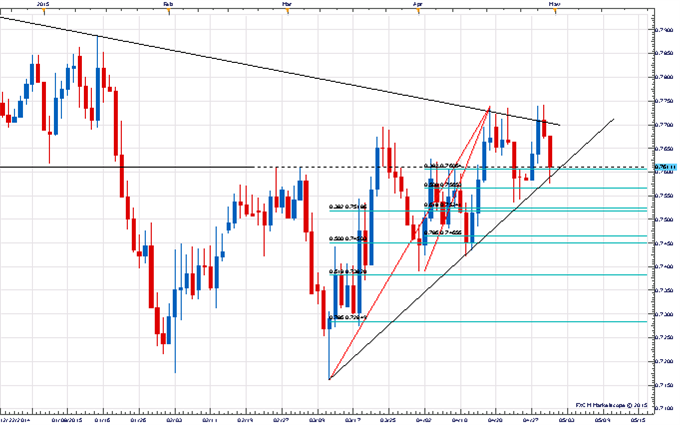 Some interesting action in NZD/USD over the past few days as a set of trendlines continue to have a clear influence on spot. On the topside the line connecting the October and January highs comes into play around .7700 and has proven formidable resistance over the past couple of weeks with various attempts higher stalling out there on a closing basis. The lower trendline just under .7600 connects the March and mid-April lows and has proven to be a solid support these past few days. With these lines inching closer to each other by the day we can only assume this impasse in price will break shortly. Given yesterday’s reversal occurred during a cycle turn window and the fact that the price action over the past few weeks has set up a pretty clear potential double top we slightly favor a downside resolution. A close under .7590 or a break of the pattern trigger at .7540 would signal that that a move lower of some importance is underway. A close over .7700 is needed to invalidate the negative cyclicality and set the stage for a more important push higher in the Bird.