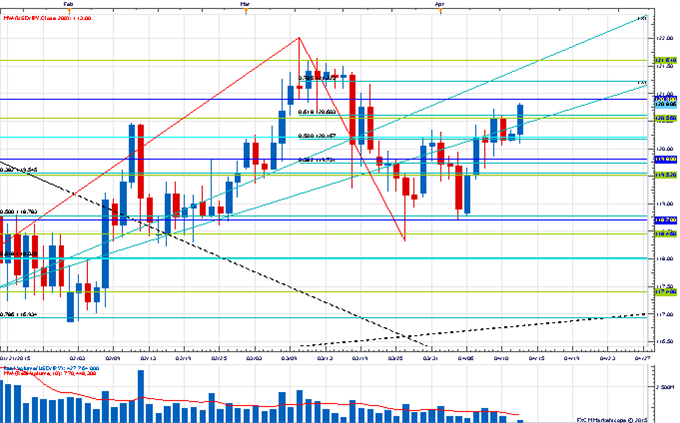 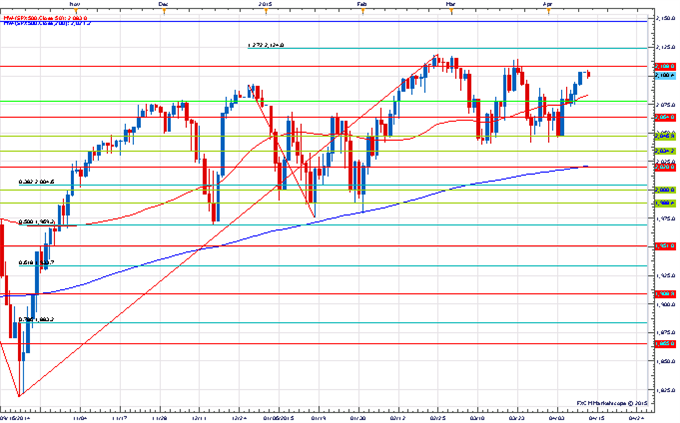 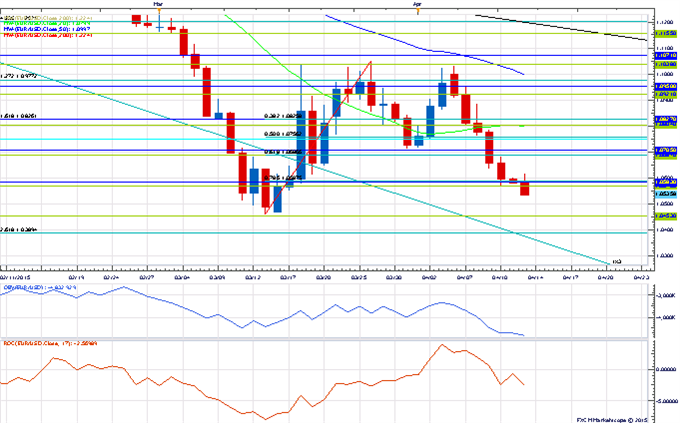 An interesting week of trading in EUR/USD to say the least. This time last week the USD was still reeling from the poor payrolls data and the euro was looking to gain a foothold over the 1.10 handle. A mere 5 trading days later and we find ourselves almost 5 big figures lower and within striking distance of the year’s lows. There are plenty of reasons being thrown out for the “reason” behind the swift turn around, but my experience has been that whenever you get a strong move in the opposing direction of the news flow the market is really trying to tell you something. The 1.0685-1.0585 region which marks the 61.8% and 78.6% retracements of the late March range has looked like a critical pivot over the past few weeks. A close below this area this week should confirm that the broader downtrend is resuming and set the stage for a push to re-test the 127% extension of the 2005-2008 advance around 1.0440. Only a move back over 1.0685 would raise the risk that a wider range is developing.