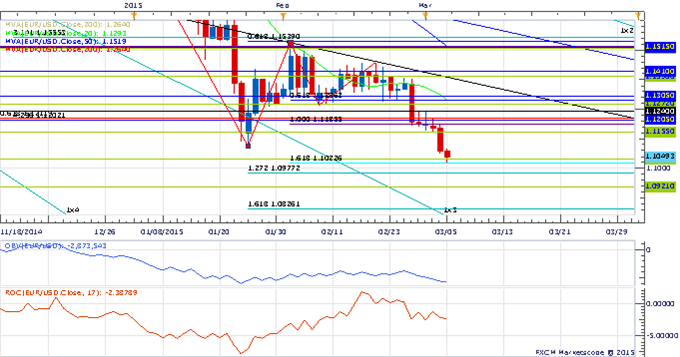 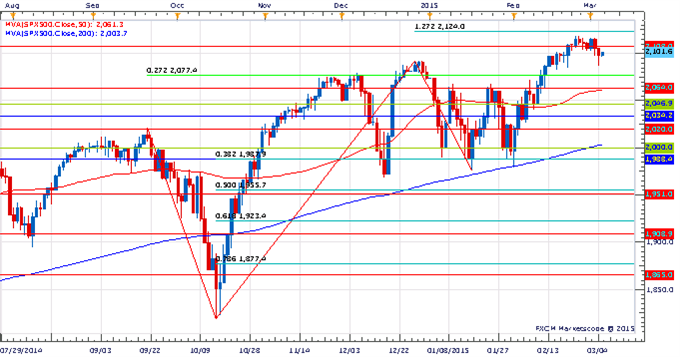 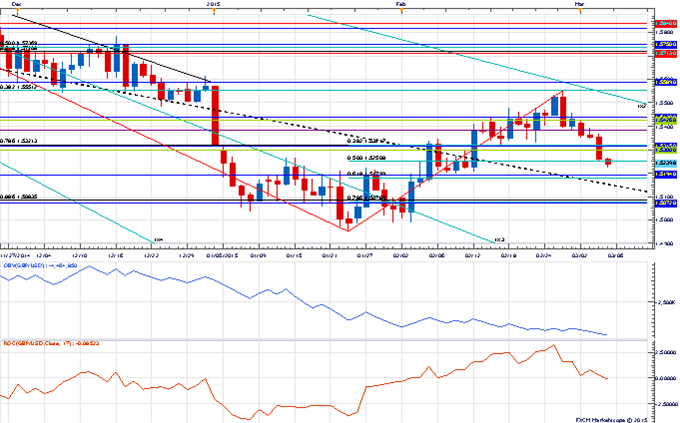 One of the many timing tools advocated by Gann in his writings was the use and awareness of anniversary dates - particularly the historical dates of major tops and bottoms. Over the years it has proven to be a useful concept as I have witnessed some interesting moves on or around important anniversaries. Late October in the S&P 500 comes to mind. The big problem I have encountered with the use of anniversary dates is determining which ones will be important and which ones will not. This is where the use of other timing tools and cyclical methodologies can really help. I am a big proponent of cyclical convergence. The more seemingly unrelated methods I can find converging on a particular period the better. This brings me to why I am writing this piece today. The all-time high in GBP/USD recorded during the current “free float” era was on March 9, 1972. The period from March 9, 1972 to March 9, 2015 is 15,702 calendar days. This is precisely five “Pi cycles” of 8.6 years (3,141 days). An interesting convergence of unrelated methodologies. Some other short-term based Fibonacci related methods also align up with next week as well. There is clearly some nice potential for next week to be significant for the pound from a timing perspective. I had been hoping for a rally into this period as it would have set up a nice reversal in the direction of the primary trend. The steady weakness over the past few days suggests that barring some sort of NFP bombshell this is probably not to be. Focus now is on a potential secondary low if the rate gets closer to 1.5100 or even a possible acceleration in the direction of the trend.