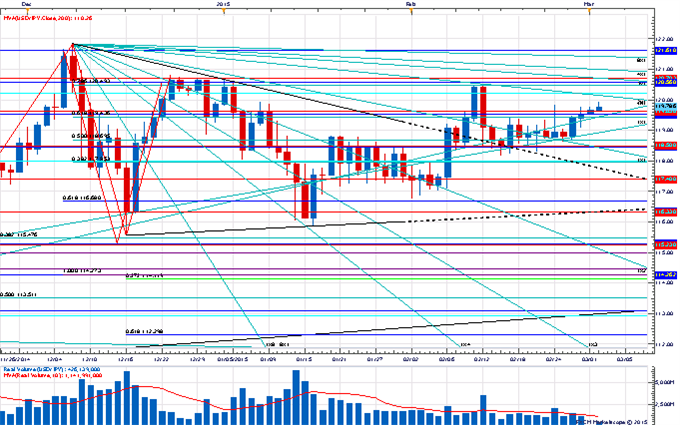 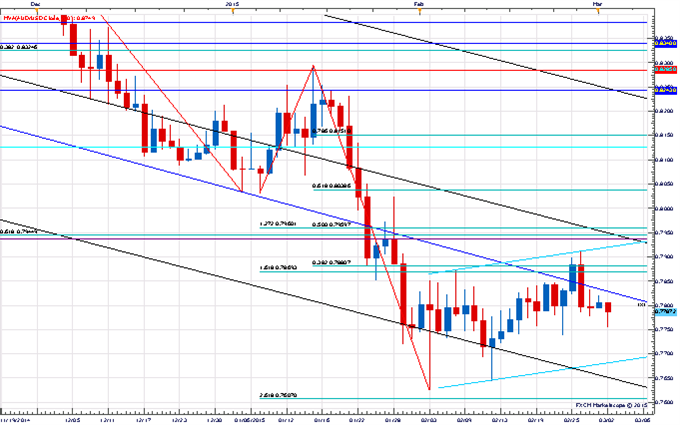 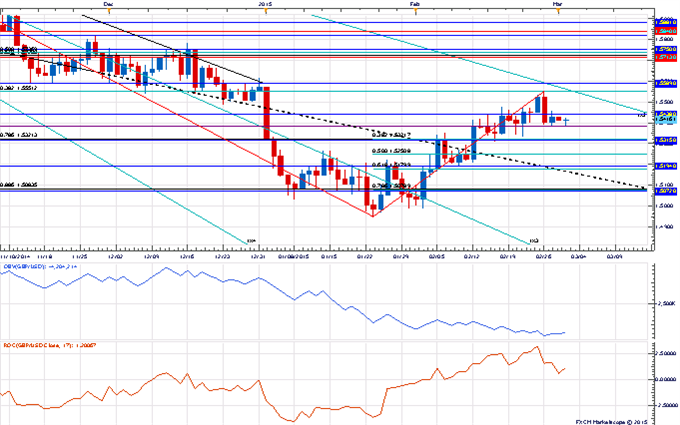 GBP/USD failed last week almost precisely at the 1.5550 38% retracement of the September to January decline. This action warns that the exchange rate is attempting to resume the broader decline in place since July of last year. What makes the situation a little less clear is the timing aspect. The first part of next week has a nice convergence of short and longer-term cyclical relationships. Ideally we would like to see Cable make a new recovery high or come somewhat close into this key period before turning. However, the aggressive weakness from resistance last week makes us question whether we will see that. There is plenty of time and potential catalysts before next week’s “turn window” so we shall see. Traction under 1.5300/15 would probably be further evidence of an early downside resumption.