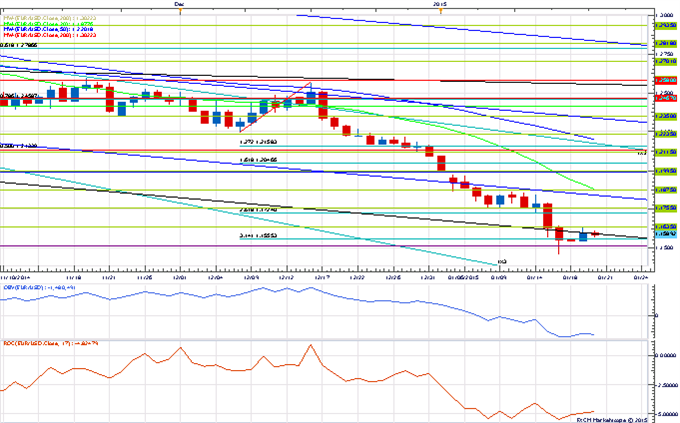 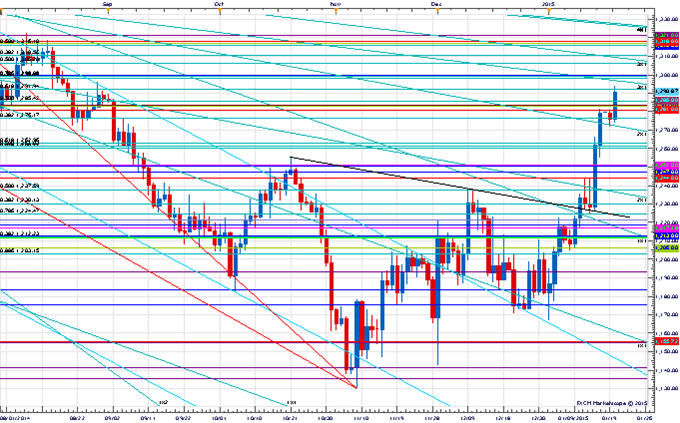 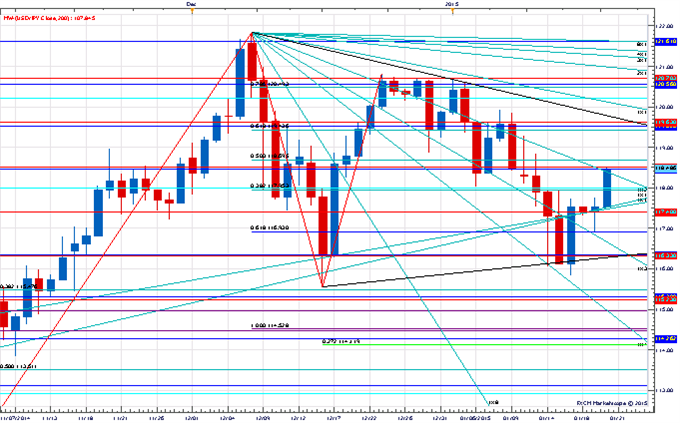 Trading in USD/JPY remains quite choppy. After a seemingly ominous close last week below the December low close, the exchange rate has come storming back to trade back into the middle of the multi-week range. Apparently this latest rally is on the back of suspicions that the BOJ might surprise the markets at the conclusion of its two-day policy meeting tomorrow. So much for the idea that the market has lost faith in central banks! I say that somewhat in jest, but I do understand the paranoia as it would make sense for central banks to try and flex their muscle after having their credibility called into question in one fell swoop out of Bern. The technical picture is now a bit of a mess as the low last week keeps alive the possibility that USD/JPY is just in the midst of some sort of “triangular consolidation” before heading higher again. My view has been that USD/JPY is susceptible to a more important decline under 115.00, but the pair needs to turn around relatively soon if this more negative scenario is going to play out. The end of the week looks critical from a cyclical perspective as strength in the rate should not extend too much past Friday if the move off the lows last week is indeed only corrective.