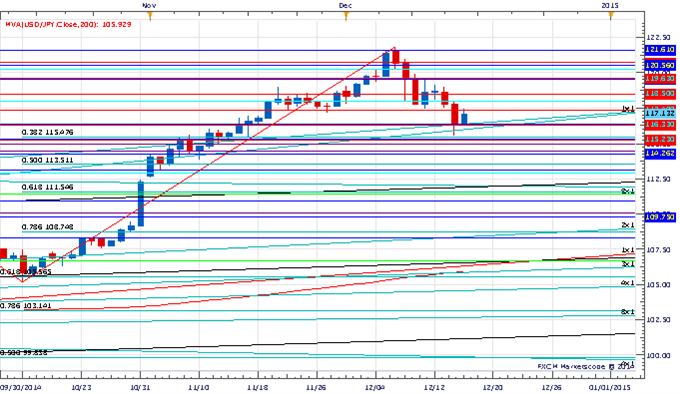 Price & Time: GBP/USD Trying to Break From the Range?

USD/JPY Strategy: Like the short side while under 117.40. May look to stop and reverse on a close above. 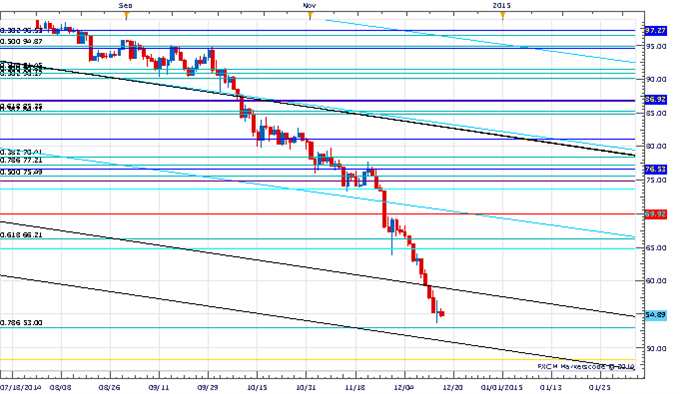 CRUDE Strategy: Like holding only a reduced short position while under 57.25. 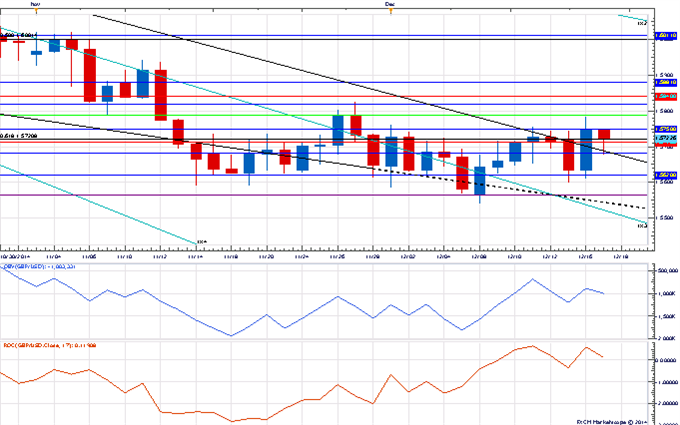 There hasn’t been much to say about Cable over the past few weeks as the exchange rate has been stuck in a very choppy range. Divergences in OBV and momentum have been warning that the downtrend is in fatigue, but upside attempts have been limited so far. On Tuesday, spot did manage to close above the trendline connecting the late September and October highs and this is the first real positive development for the pound in quite sometime. Immediate focus now is on 1.5780 as traction above there would trigger a minor inverse H&S pattern on the daily setting the stage for a more serious correction higher into year-end. Like in the euro, the second half of December is historically one of the strongest seasonal periods of the year for GBP. A move back under 1.5600 would invalidate the near-term positive technical tone that has been developing over the past few days.