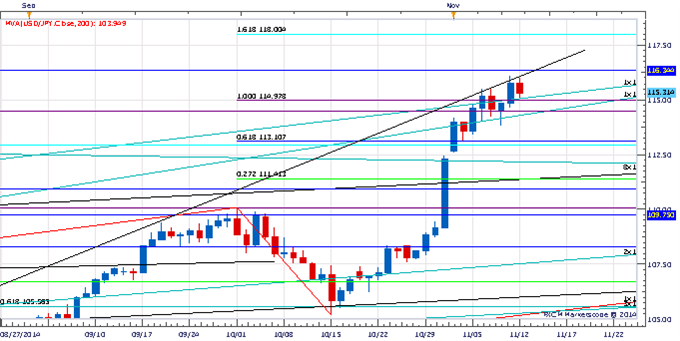 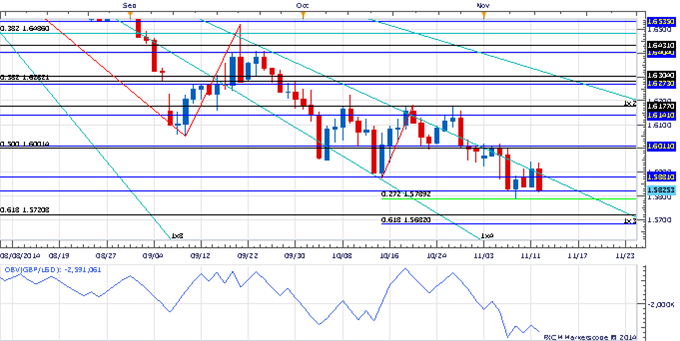 Focus Chart of the Day: FXCM US Dollar Index 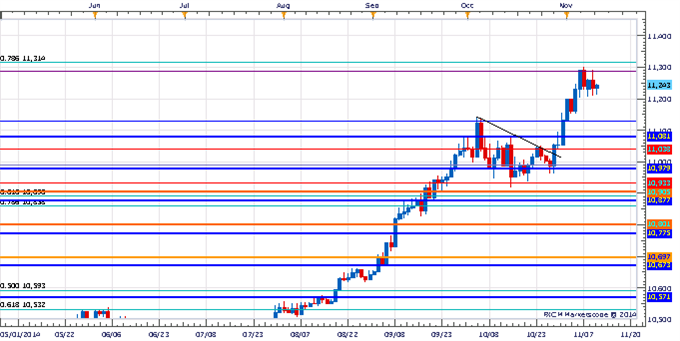 The FXCM US Dollar Index failed last week just shy of the 78.6% retracement of the 2009-2011 decline at 11,315. The decline that has followed has been quite mild and looks like only a minor pause in the broader uptrend. However, given the extremes in sentiment recorded last week where the euro, yen & franc all recorded DSI (Daily Sentiment Index) levels of just 3% bulls we can’t rule out some further backfilling before the Buck tries to turn up again. Our analysis of cycles and other timing methods suggests the dollar could try to put in a low tomorrow or early next week, but the big component question remains the yen which is still exhibiting signs of extreme pessimism. We would feel much better about an upside USD resumption if the yen could flush some of these extremes out. In any event, only unexpected aggressive weakness under 11,150 would suggest a deeper and more important correction lower is unfolding.