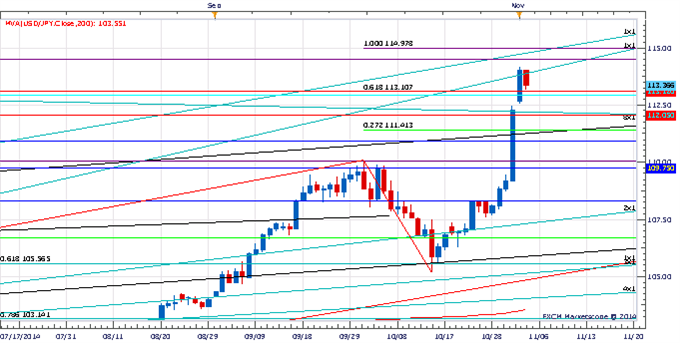 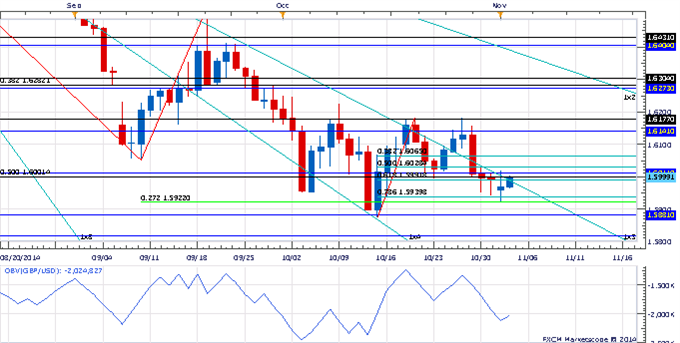 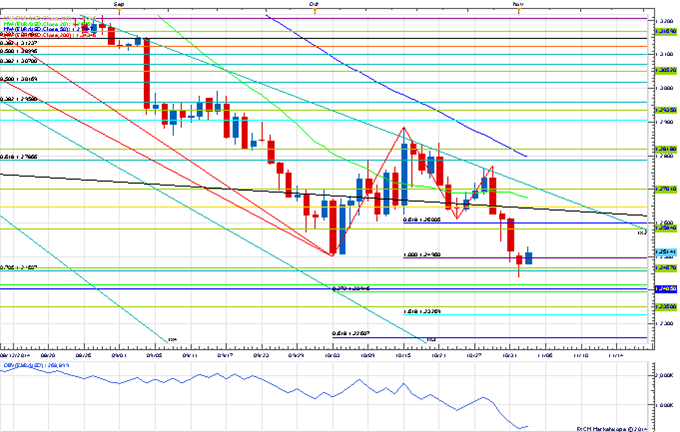 The decline in EUR/USD under 1.2500 over the past few days has gotten the FX market excited and looking for a resumption of the broader downtrend – us included as we were looking for and got a reversal in the pair after last week’s FOMC meeting. What we don’t like about recent action is sentiment. One of our favorite measures of sentiment is the Daily Sentiment Index. Last month when the euro initially traded down to 1.2500 the DSI fell to 3% bulls in EUR (signaling a looming counter-trend reaction). After a month of corrective action and consolidation we find the euro back around the same levels in terms of price and with virtually identical levels of extreme negative sentiment as the DSI fell to 4% bulls yesterday. This is not ideal to say the least. We had hoped the price action over the past month or so would have cleared the market of some of its excess in terms of sentiment and positioning, but this clearly has not been the case as conviction is high that the single currency is about to head sharply lower again. This widespread conviction in the direction of the euro makes us nervous and has us questioning whether our timing is off. If it is then the next couple of days should be “the tell” as a close back over 1.2580 would warn that the exchange rate is headed higher – possibly for a couple of weeks. A close, on the other hand, under 1.2450 (along with a close over .9700 in USD/CHF) this week would help alleviate some of the contrarian’s paranoia we are experiencing and signal the herd indeed has it right.