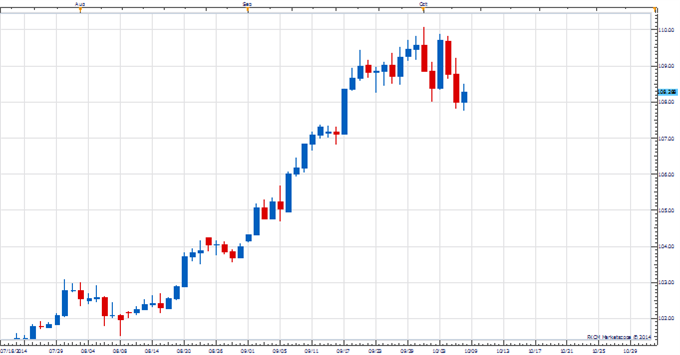 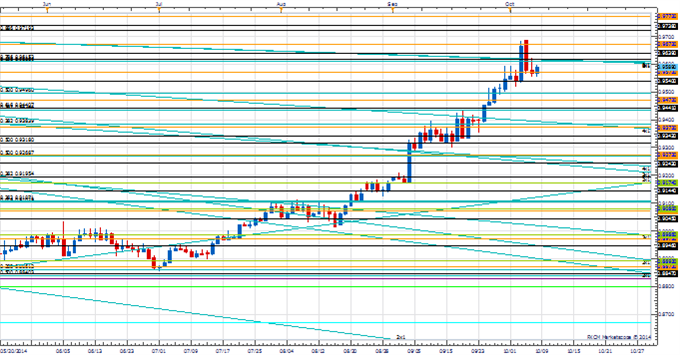 USD/CHF Strategy: Like holding reduced long positions while over .9515 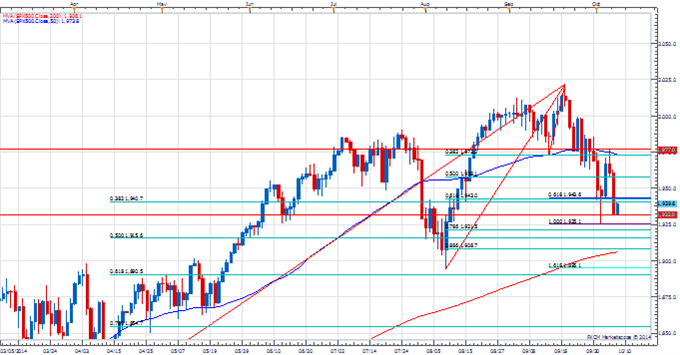 The next couple of days look to be important for the S&P 500. The decline from the Gann turn window in late September has proven persistent, but no real technical damage has been done yet to the daily chart. Will this change now? On Tuesday the index surprised many and fell sharply to close right on what we think is a key pivot at 1932. This level is just the 2nd square root relationship of the all-time high and a level that should probably hold if the market is in the midst of just another “healthy” pullback. A close below this level would be a clear change in behavior and a warning sign that the “buy the dip” mantra is no longer working. Normally on a clear break of the 2nd square root relationship we would be looking for a much deeper decline to follow but the big question mark for us is the proximity of the 200-day moving average (1905)? The index hasn’t tested the widely watched indicator in almost two years. We have found that in out observation of markets through the years that whenever an instrument has traded above the 200-day for an extended period of time (like two years) it tends to rebound on the first test of the support level. So a recovery around this level is somewhat to be expected which limits the potential downside. Obviously a failure to garner much support around the 200-day MA would be a major change in behavior and set the stage for a much more important decline, but these are a lot of “ifs”. The burden of proof remains on the bears and the technical breaks we citied are needed to get more excited about a meaningful corrective process. Traction back over the 50-day MA around 1975 is needed to alleviate our negative concerns and re-instill positive momentum in the SPX.