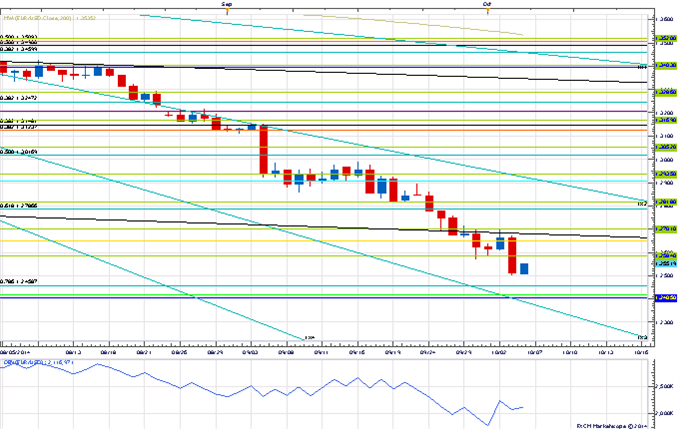 USD/JPY Strategy: Like holding reduced long short positions while below 1.2705. 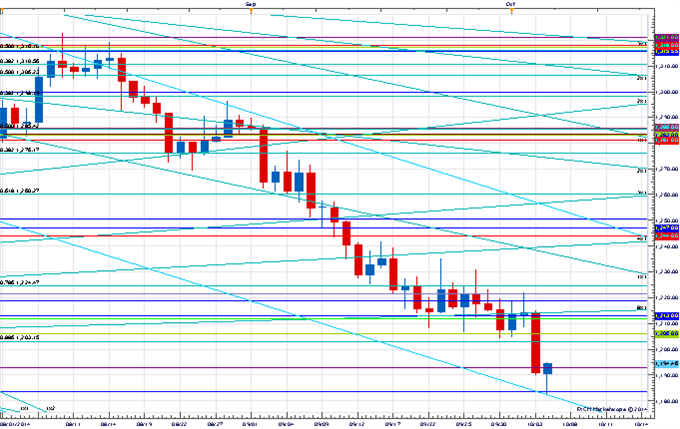 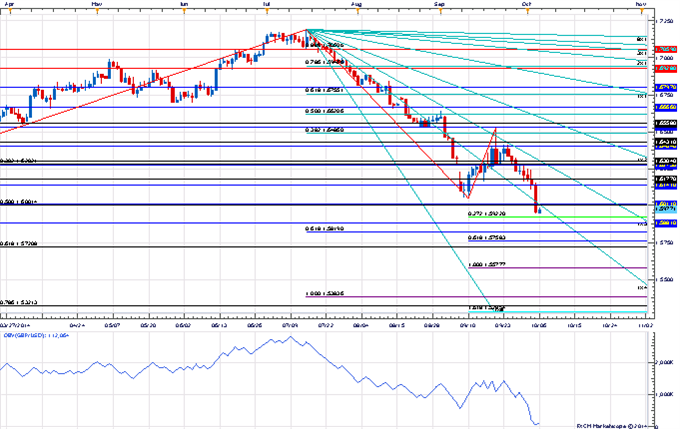 Cable broke under key support near 1.6000 on Friday to trade to its lowest level since November of last year. The decline in Sterling since the Scottish referendum has caught many off guard as a relief rally was naturally expected. Most seem to attribute the weakness in the pair to the UK side of the equation and the notion that rate hikes there will be put off. I’m not sure I really buy that. For me the driver is the Greenback. With the political risk out of the way, GBP/USD has just become another European currency to sell against USD. The market is in love with the Buck at the moment – perhaps too much so if you pay any attention to historical extremes like sentiment, positioning (Commercials are the most short USD they have ever been), rate-of-change, etc. However, the market has been ignoring these historical red flags for well over a month and it was probably only a matter of time before Cable came under the crosshairs of the USD bull mafia. Should the mythical USD correction ever materialize, GBP/USD should be in good shape from a relative strength perspective as it has held up better than most other European currencies during the recent rout. Timing methods have been admittedly dreadful over the past month or so as USD has knifed through them all, but there is a decent convergence of timing relationships in the Pound around the second half of the week that point to some sort of reversal attempt around this time.