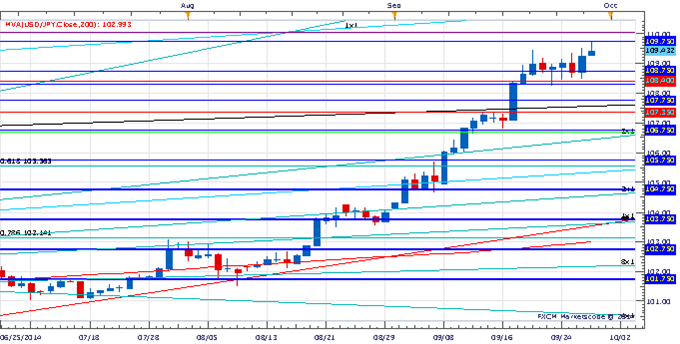 USD/JPY Strategy: Like holding reduced long positions while above 108.30 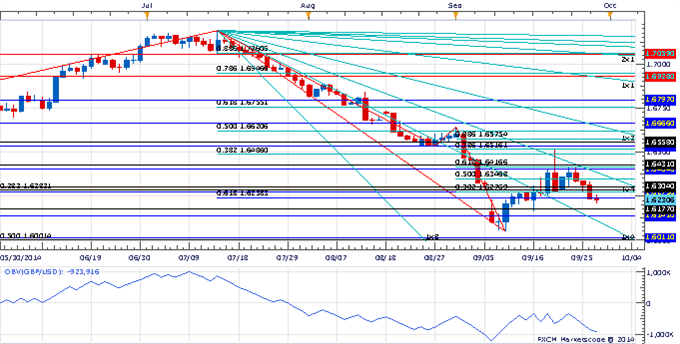 Focus Chart of the Day: NZD/JPY 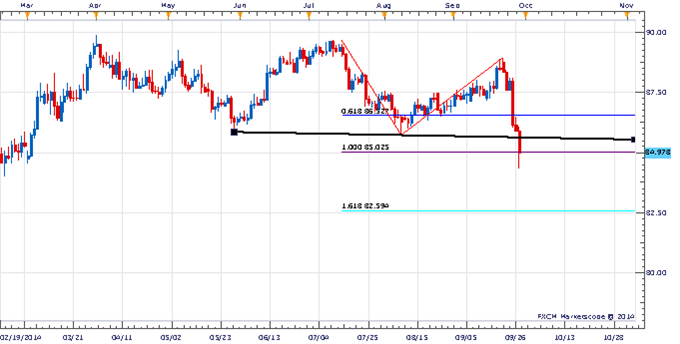 NZD/USD was the big story overnight as the RNBZ confirmed the speculation that they are intervening in the market. The news prompted a large volume decline to its lowest level since July of last year. The moves in the crosses were perhaps more interesting as AUD/NZD moved impulsively higher and is not just a few pips shy of a new year-to-date high. A breach of this level would be seen as further evidence that an important uptrend is underway following the 8.6 year cycle low in July. The decline in NZD/JPY is alos quite interesting as it broke under the neckline of a multi-month head & shoulders pattern (daily closing basis) at .8575. The measured objective of the pattern is around .8200.