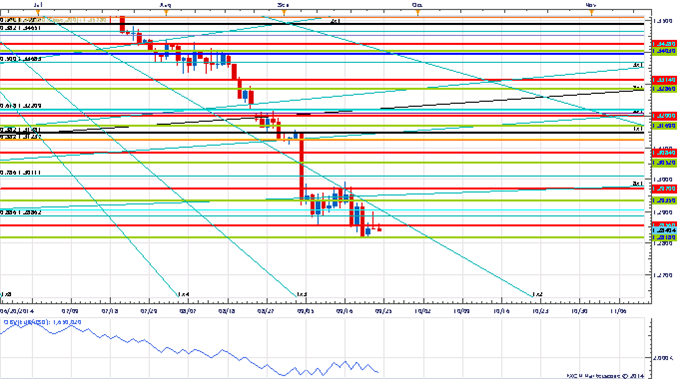 EUR/USD Strategy: Like holding reduced long short positions while below 1.2990. 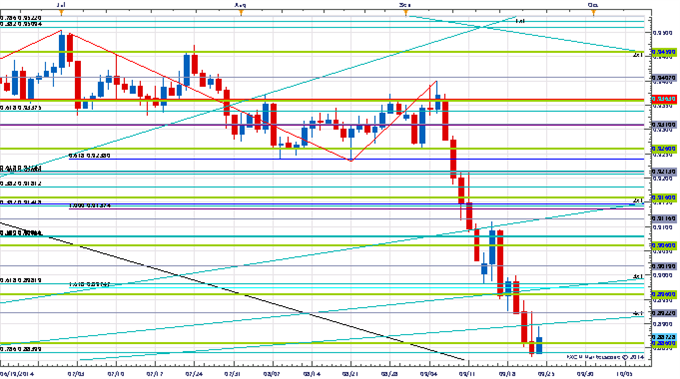 AUD/USD Strategy: Like holding only reduced short position while below .8980.

Focus Chart of the Day: USD/CHF 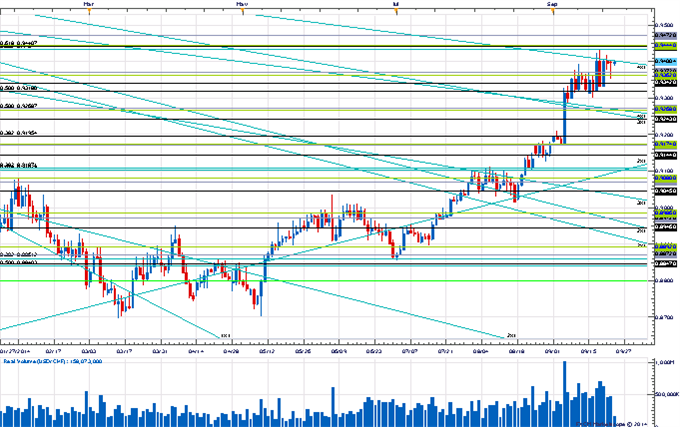 I have written a lot recently about the importance of the next few days for EUR/USD from a cyclical/timing perspective. Not surprisingly it also looks to be important for USD/CHF, but what makes the Swiss particularly interesting is that in addition to a few shared timing relationships with the euro it also has a few of its own aligning around the same time. The most notable perhaps is the 3.14 year interval from the 2011 low around the start of October. USD/CHF is also showing signs of fatigue via extremes in sentiment (DSI recently touched mid-single digits) and volume divergences. Key levels to monitor heading into this turn period look to be the 61.8% retracement of second half 2013 decline by .9440 and key Gann relationships at .9470 and .9540. Weakness under .9300 is needed to confirm that some sort of top is in place while continued strength past the first week of October would undermine this “cyclical resistance”.