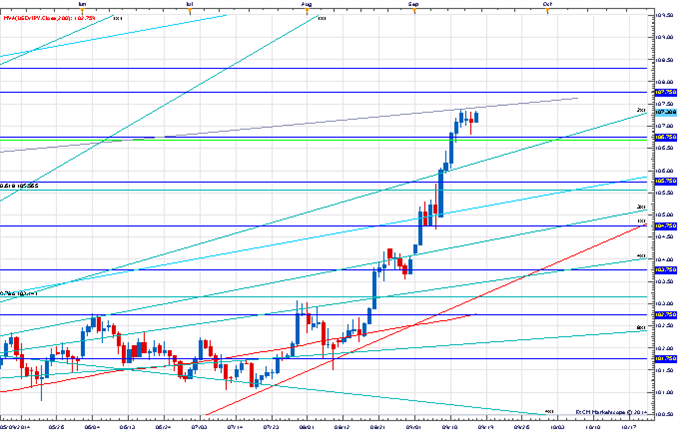 Price & Time: Why Late September Is So Important For EUR/USD 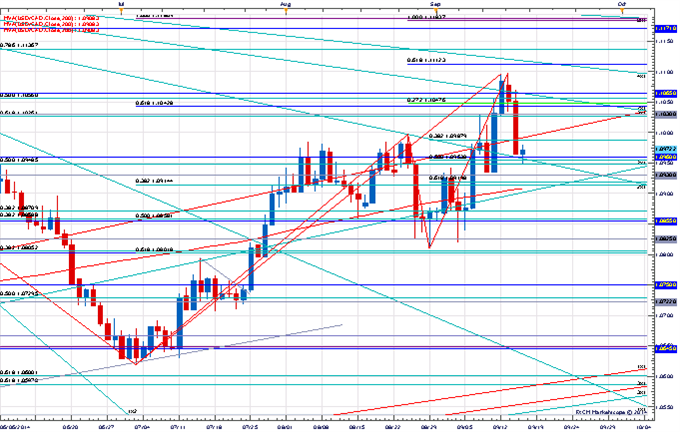 USD/CAD Strategy: Like holding reduced long positions while above 1.0890. 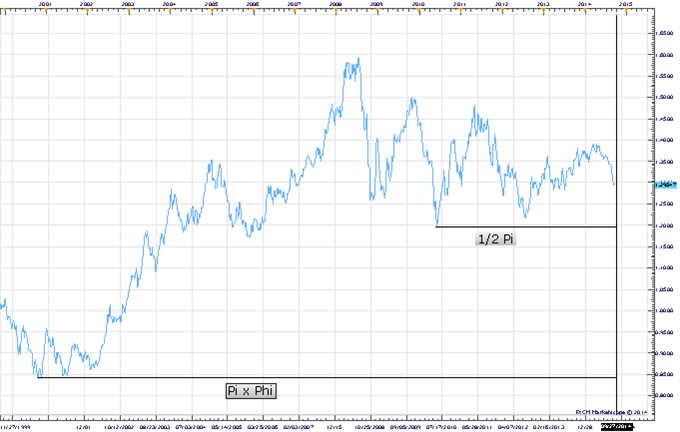 I believe the latter part of this month will prove important for the euro from a timing perspective. Various long-term cyclical relationships should influence around this time with the most important of the lot having ties to the key low in 2010 and the “all-time” low in 2000. The 2010 low occurred on June 7th. During the last week of September that will measure 1,570 calendar days or ½ Pi. I have seen many markets undergo important reversals around this interval through the years and this relationship alone probably warrants some serious attention. However, what makes the last week of the month so potentially interesting to me is that it will also measure 5,083 calendar days (Pi x Phi) from the 2000 all-time low which was recorded on October 27th of that year. Such a long-term cyclical convergence is rare and likely pretty important – at least the way I look at things. Given the lopsided negative sentiment towards the euro of late (DSI fell to just 5% bulls earlier this month) and extreme positioning (IMM small specs recently hit a record amount of shorts) I have to favor some sort of low coming out of it, but two weeks is an eternity in the foreign exchange market and anything can happen before then. I will revisit as the window draws near, but barring a sharp spike over the next few days I like the idea of an important low around month end.