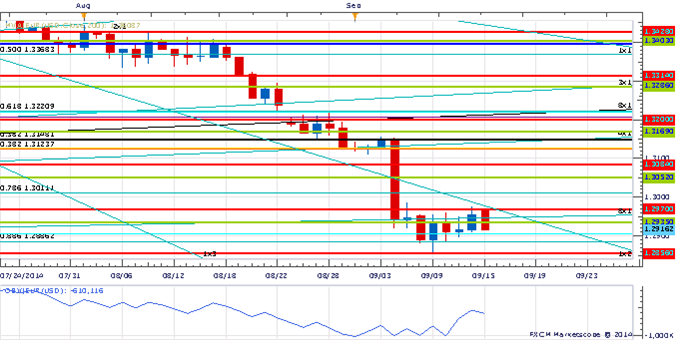 EUR/USD Strategy: Like holding reduced short positions while below 1.2990 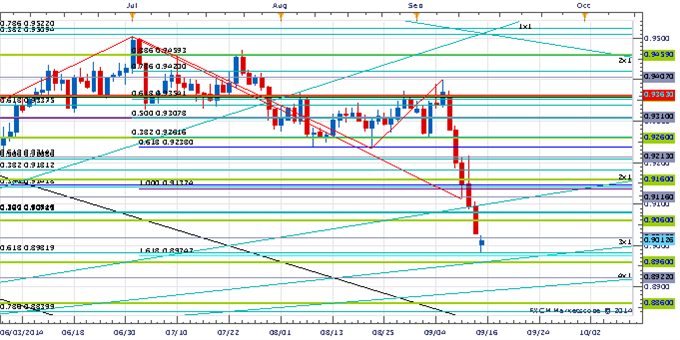 AUD/USD Strategy: Like holding reduced short positions while below .9105.

Focus Chart of the Day: EUR/JPY 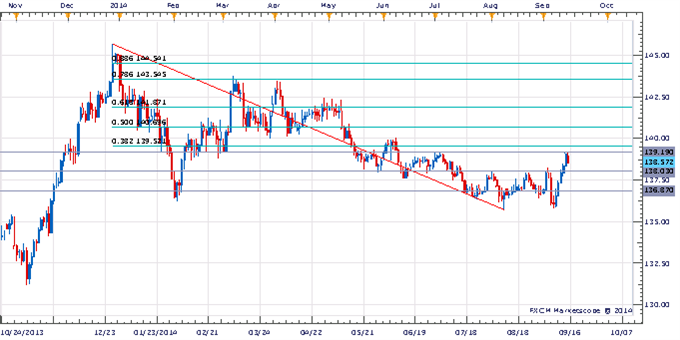 The Armstrong 8.6 month Pi cycle is one of my favorite intervals to monitor. Measuring this interval from important highs and lows is an easy and pretty effective way to incorporate cyclical analysis. I have found that more times than not the relationship will illicit some sort of market reaction. The unknown is duration. Today is 8.6 months from the big high last year in EUR/JPY. This time last week it looked like some sort of low would come out of this “turn window” as the cross was languishing near the lows of the year. The market, however, has thrown us a bit of a “curve ball” as the cross has rallied sharply over the past 5 days or so setting up a potential secondary high into this key period – an “inversion” in cyclical parlance. Inversions are not my favorite type of setup as they are prone to misinterpretation, but on the plus side they do offer opportunities to align oneself with the broader trend. In the case of EUR/JPY, the levels seem pretty clear and well defined. This morning the cross touched the 3rd square root relationship of the year’s low near 103.20 before reversing. The 38% retracement of 2013/2014 decline is just above that at 139.55. If a meaningful reversal is setting up here I would expect this resistance zone to hold.