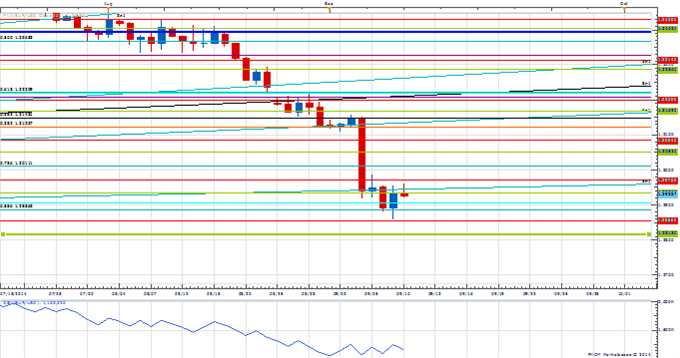 Price & Time: USD/JPY Where To Next?

EUR/USD Strategy: Like holding reduced short positions while below 1.3010. 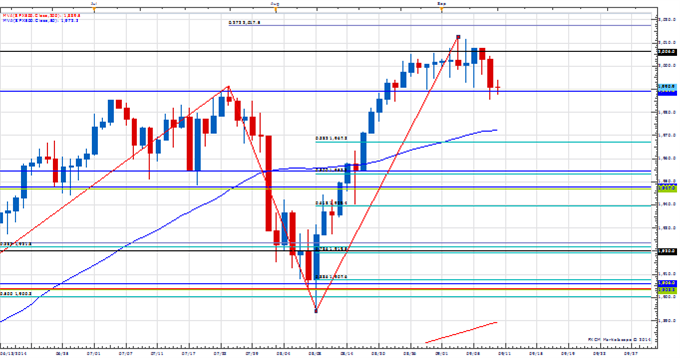 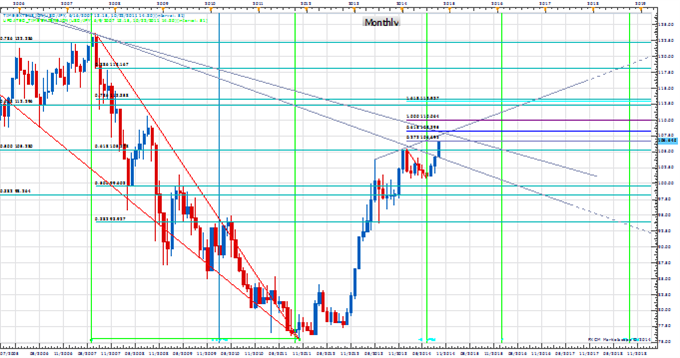 With USD/JPY breaking out to new 6-year highs over the past couple of days I thought it would be useful to revisit the monthly chart as it has been a good big picture guide. At the start of the year USD/JPY failed right around 105.30 which was the convergence of the 61.8% retracement of the 2002-2011 decline and the 50% retracement of the 2002-2011 decline. The recent break above this long-term resistance zone is obviously potentially very bullish - especially if the exchange rate can hold above 105.30 into the end of the month as this would favor a move towards the next long-term Fibonacci resistance cluster around 112.30/113.35. A convergence of the trendline connecting the 2002 & 2007 peaks and the 1.618% extension of the 1Q14 range around 1.0800/30 could prove sticky in the near-term, but the real zone of attraction in the way I look at things appears to be closer to 112.00. Failure to achieve a monthly close over 105.30 would make me doubt the validity of the break out, but weakness under the trendline connecting the 1998 & 2007 highs near 104.00 is needed to turn the picture more overtly negative.