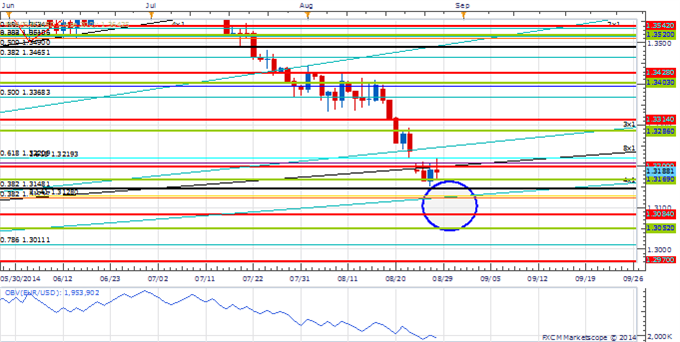 Price & Time: Cue the "Most Hated Rally in History" Talk 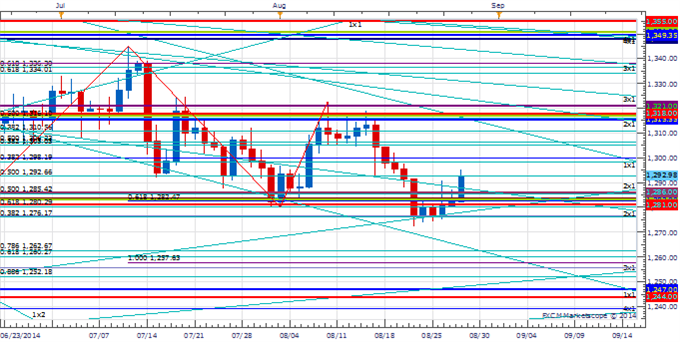 Focus Chart of the Day: DOW 30 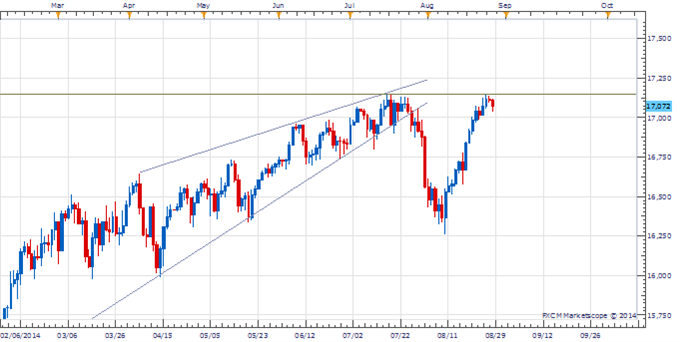 The recent push to new highs in the main US stock indices has many thinking the “all clear” has been signaled and stocks are about to make another one of their patented celestial runs into the end of the year. One of the weirder pieces of analysis I have seen recently is an overlay of the Dow when it crossed 2000 and the S&P 500 now. Supposedly it has some very bullish implications. Frankly I don’t understand what one has to do with the other, but I am probably not one to judge as I myself have been known to use some far from mainstream analysis. Chatting with a colleague yesterday we realized there is little if any angst heading into the fall period this year. A far cry from years past. Personally I think this is a mistake, but also an interesting snapshot of current market psychology. Since the start of the year I have been writing about the mid-July to early September period and its potential to mark some sort of important inflection point in US stocks. The Dow put in a peak almost exactly in the middle of July and then sold off 5% over three weeks. I take this action as a sign that the cyclical analysis is on point. Heading into the end of this key cyclical period the Dow is right back at new highs. While most see this as positive, I see it as quite dangerous and setting us up potentially for some kind of secondary high as this key “turn window” closes. If we do get a clear high next week I think the stock market is in for a rocky few months.