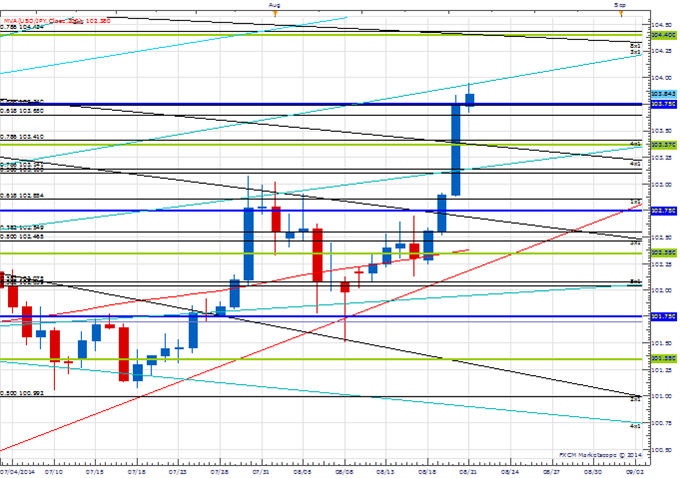 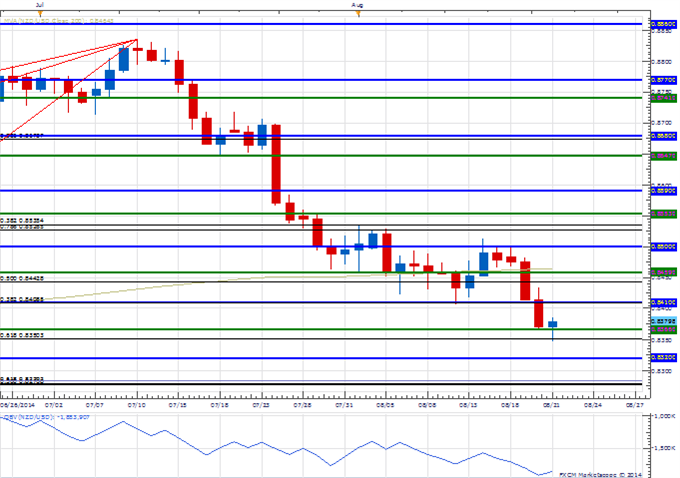 NZD/USD Strategy: Like holding reduced short positions while below .8460.

Focus Chart of the Day: USD/NOK 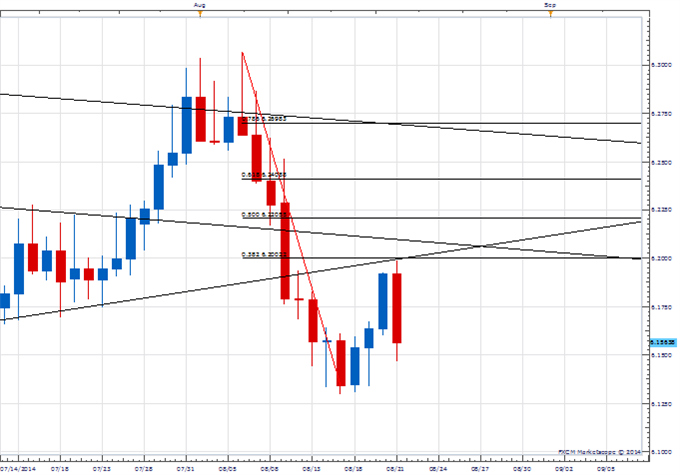 NOK is one of the few currencies bucking the strong USD trend at the moment. USD/NOK peaked out around the start of the month and has come under fairly steady pressure ever since. Early this week the buck tried to mount a recovery which has mostly been retraced with today’s “outside day” reversal. We have found that outside day patterns following minor recoveries tend to be fairly reliable and this action seems to bode well for a deeper decline in the days ahead. The near-term cyclical picture is also negative and seems to support this view as several cyclical techniques suggest the rate should remain weak into at least the next turn window around the middle of next week. The 6.1345 level is a key near-term pivot with a close below needed to trigger a more serious decline. Strength back over 6.2000 would completely undermine this negative view.