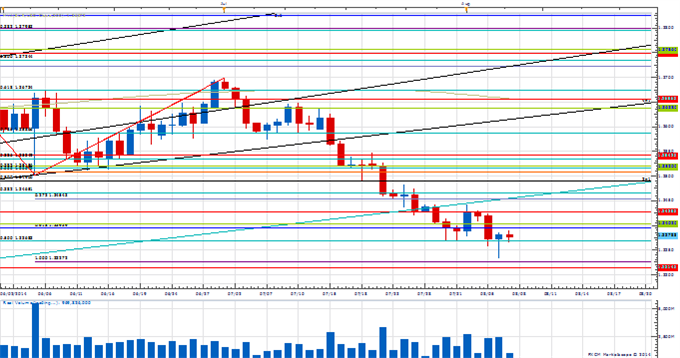 EUR/USD Strategy: Like only a minimal short position while below 1.3450. Will look to stop and reverse on a move through 1.3450. 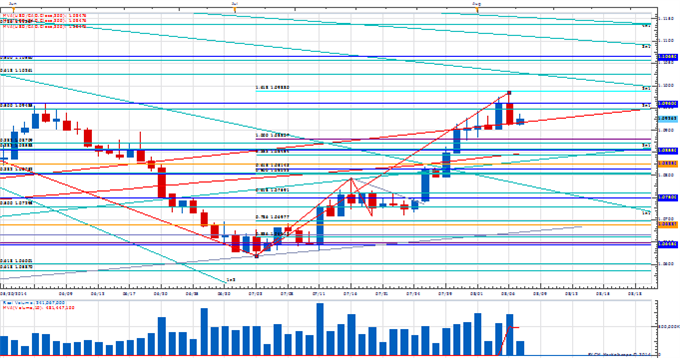 Focus Chart of the Day: USD/SEK 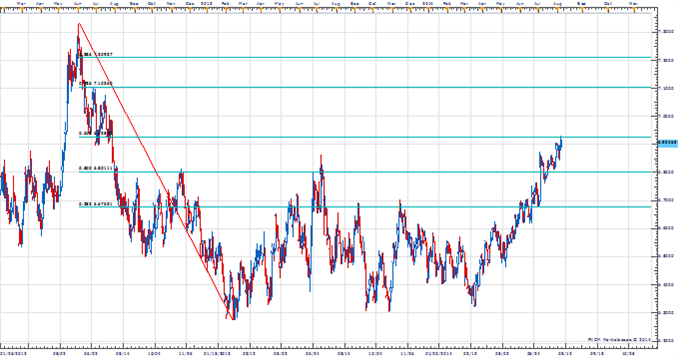 We are looking for a corrective phase in the USD in August pretty much across the board, but especially so against the European currencies. Several cyclical methodologies point to this week as a likely turning point. The ECB meeting today looks like an obvious catalyst as they have been over the past few months. While we will obviously be watching the euro intently we will also be keeping a close eye on SEK. In the past USD/SEK has often acted as a leader for broader USD movements, but more important in this case it is up against a key retracement level in the form of the 61.8% retracement of the 2012/2013 range at 6.9265. If we are right about a USD correction cycle beginning then this is an ideal level from where it should commence. A failure near here followed be a close under 6.8700 would confirm at least an interim high is in place. A daily close over 6.9265 would put our negative USD view in serious jeopardy.