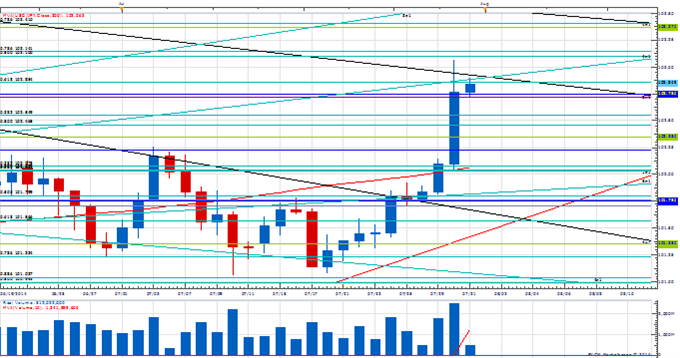 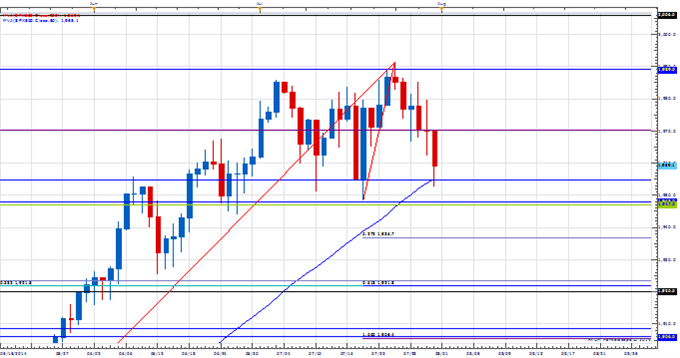 S&P 500 Strategy: Like holding only small long positions here. Will look to trade from the short side if 1947 gives way on a closing basis.

Focus Chart of the Day: FXCM US Dollar Index 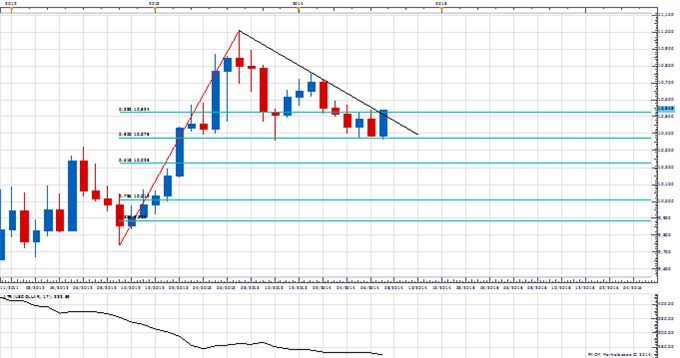 It is the last trading day of the month and several markets we track are on the cusp of putting in some important patterns on the monthly. Perhaps the most interesting is the FXCM US Dollar Index (equally weighted basket of USD against EUR, JPY, GBP & AUD) which if things stay as they are for a few more hours will complete a key reversal/outside month. This is a pretty bullish medium/long-term omen, but even more so when you take into account that the reversal at the beginning of the month came right off the 50% retracement of the 2012/2013 advance. It is also worth noting that a close around current levels could also be interpreted as a breakout from a year-long continuation pattern as the index will have overcome the trendline connecting the July 2013 & January 2014 highs. All things considered, the USD clearly looks to be gearing up for a strong second half of the year. Something the longer-term cyclical picture seems to support. In my experience, however, such widely patterns don’t usually work right away as there is often a pullback period after technicians like myself hype the monthly patterns. Such an occurrence looks possible this time as a short period of weakness is favored after the cycle turn window next week.