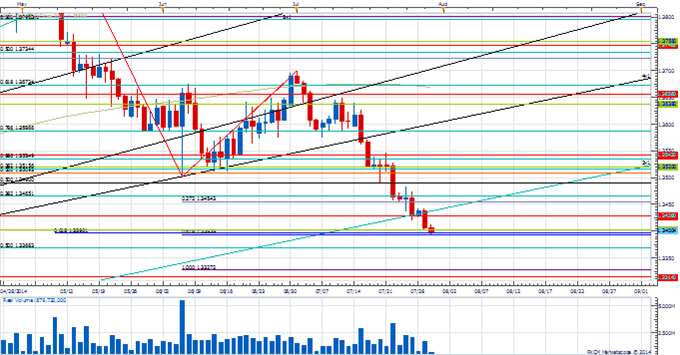 EUR/USD Strategy: A low next week would not surprise. We like holding only a reduced short position while under 1.3545. 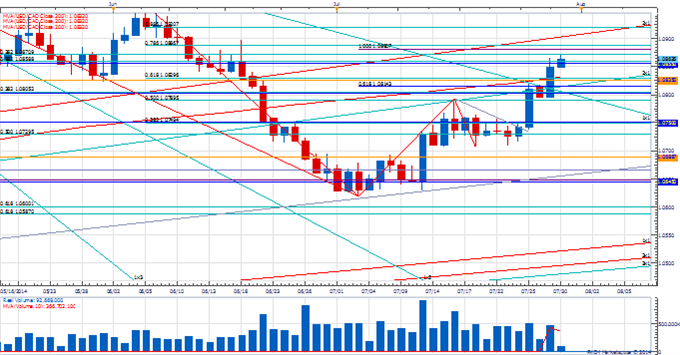 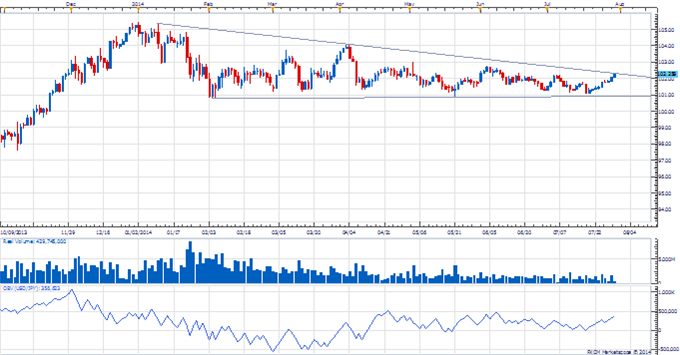 The spring is tightly coiled in USD/JPY heading into the key event risk of US GDP and the FOMC later today. For more than five months the exchange rate has been mired in a tight range above 100.75. Will the events later today be the catalyst(s) that prompt a break from this range or will they just lead to more disappointment and continuation of the range? It is very easy to get sucked into the hype surrounding such events. As such we try to tune out as much of it as possible and concentrate on price levels and reactions around them. On the topside key levels look to be 102.25/30 and then 102.85. A daily close over these levels (especially the latter) would be a strong signal that we are indeed getting a regime change and given the compression of the past few months a move higher could happen pretty fast. One potential problem to this scenario is that a lot of the Street seems to be expecting this break as evidenced by the steady rise over the past few days leading into it. A false break higher or the wrong data could force an aggressive unwind. This is not our favored scenario, but we need to be open to it. Under 101.05 would warn something more sinister is developing.