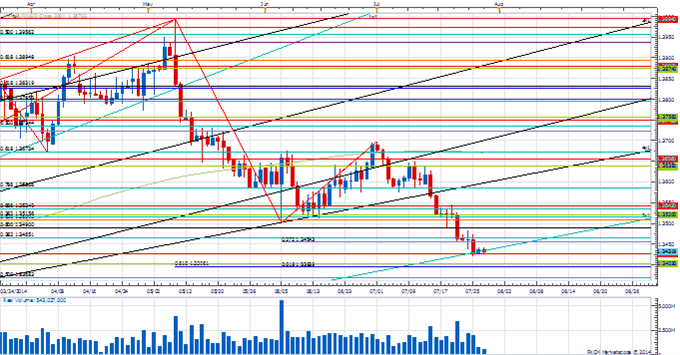 Price & Time: What Is Going On With Gold?

EUR/USD Strategy: A low next week would not surprise. We like holding only a reduced short position while under 1.3545. 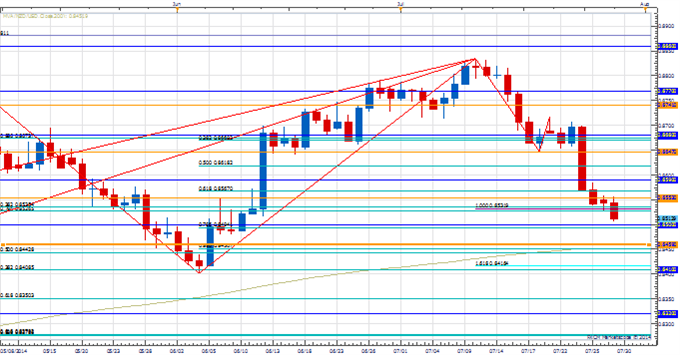 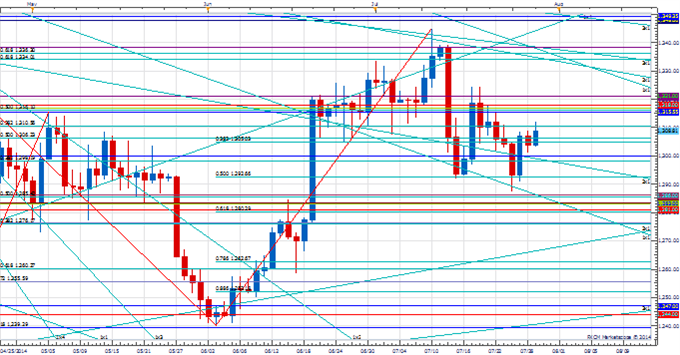 The beginning of summer was important for Gold from a cyclical perspective as several key long-term relationships converged around that time. For this reason we believe the low at the start of June was significant and should lead to an important trend move higher during the second half of the year. However, over the past couple of weeks the metal has come under fairly steady pressure. The next important turn window is eyed around the middle of next week and the metal needs to turn back up around this time to confirm that our broader positive view is indeed correct. Key support over the next week looks to be between 1280 and 1270 and this area needs to hold.