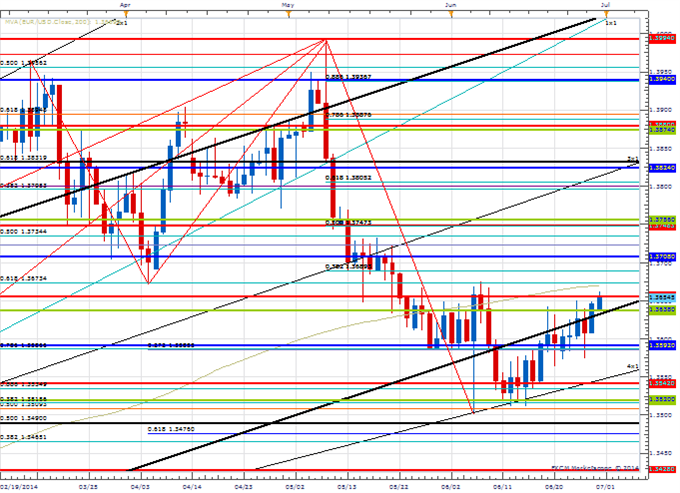 EUR/USD Strategy: Square while awaiting a break of the ‘ECB range’. 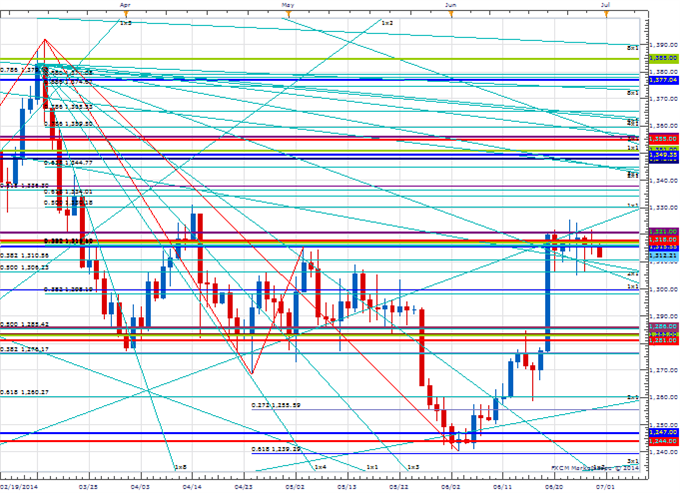 XAU/USD Strategy: Looking to buy on weakness against 1286. 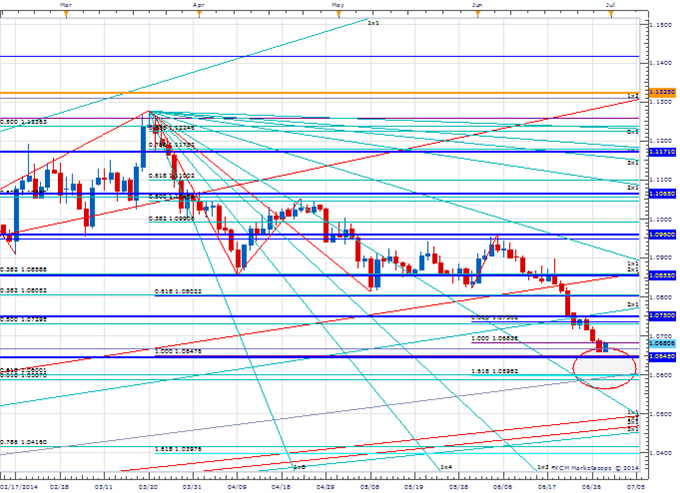 We are constantly looking for a convergence of various important levels (confluence) on our charts. One of these confluence zones that particularly stands out at the moment is in USD/CAD. Between 1.0650 and 1.0600 on the daily chart there is the 6th square root relationship of the year’s high, the 38% retracement of the 2012/2014 advance, the measured move of the March/April decline, the 61.8% retracement of the September/March move higher and a trendline connecting several key lows since 2012. Each one of these levels in its own right is probably important enough prompt a reversal, but together the odds go up. The trend since March has been powerful, but cyclical analysis suggests it is getting long in the tooth and prone to a turn around the start of the month. Further supporting this view is the seasonal picture which shows July is historically the worst month of the year for the Canadian dollar. All of these factors seem favor a counter-trend move or at least an attempt at one in the sessions ahead. A daily settlement under 1.0600 would invalidate this positive view.