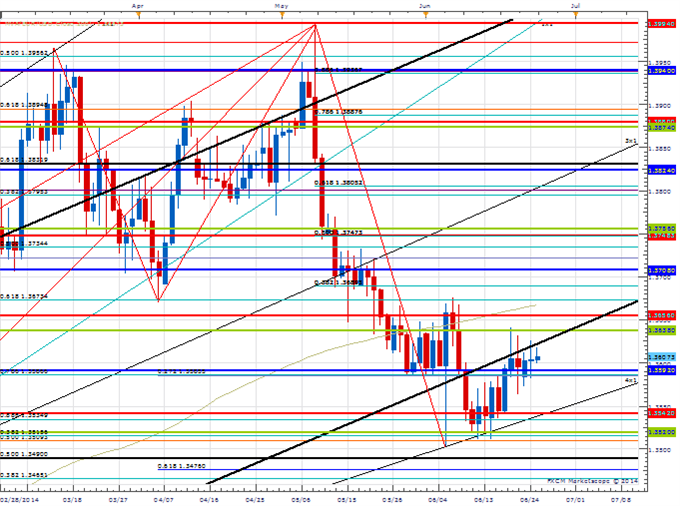 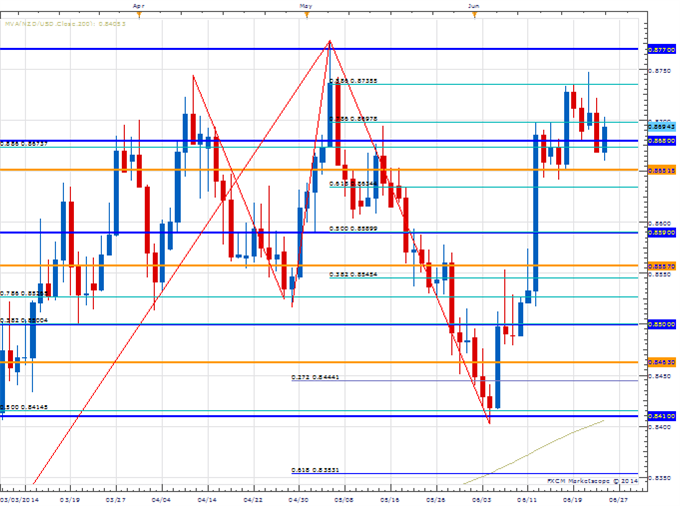 NZD/USD Strategy: Like the long side for a few more days. 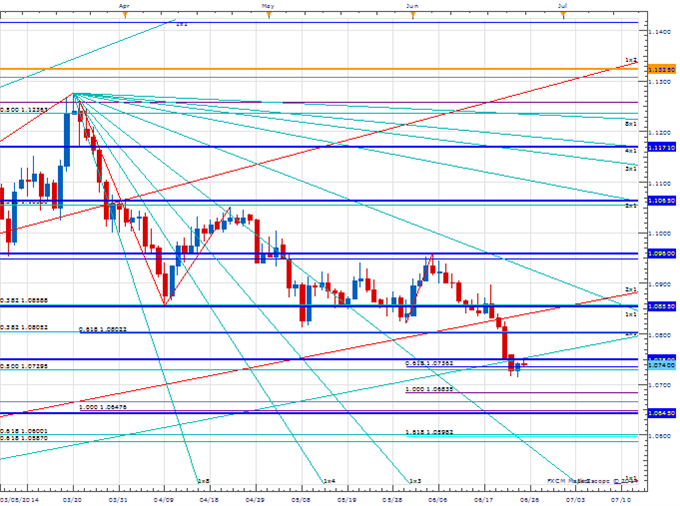 The next few days should prove important for USD/CAD. A convergence of several medium-term cyclical relationships around this time suggest the exchange rate is vulnerable to some kind of reversal - or at least an attempt at one. An idealized turn around level is the 1.0650 area as it marks a convergence of the 6th square root relationship of the year’s high and the 100% projection of the March/April decline, but barring an unlikely final spike lower this is probably just a little too far away to be relevant. As such, our focus remains on the 50% retracement of the March/April advance near 1.0730. A daily close over 1.0770 is needed to confirm that a reversal is underway. Longer-term cyclical analysis suggests any recovery that materializes from this turn window is likely to be fairly short lived. New cycle lows in Funds after Tuesday would mean our near-term positive view was wrong.