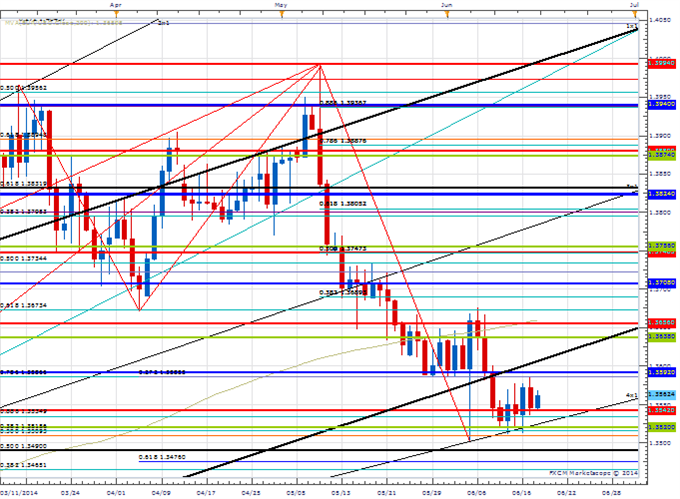 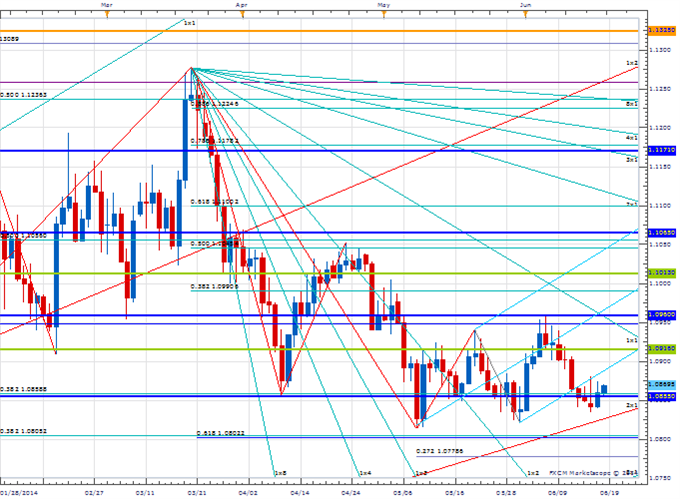 Focus Chart of the Day: EUR/CHF 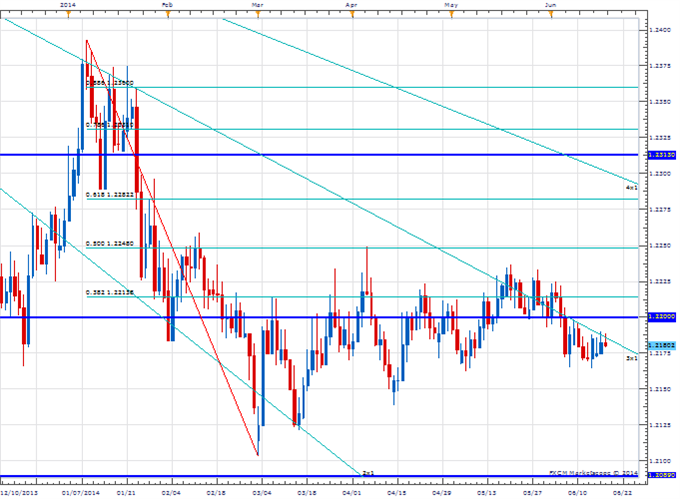 EUR/CHF used to be one of our favorite markets to follow, but since the Swiss National Bank instituted a floor at 1.2000 several years ago the cross has become a “poster child” for the lack of volatility in the FX markets (mission accomplished on the SNB’s part) and has fallen off our radar. However, there could be opportunity over the next day or so as the SNB finds itself in a minor predicament after the ECB’s decision to implement negative deposit rates earlier this month as it now needs to discourage capital inflows. Market expectations are for no changes in policy at tomorrow’s meeting. We think this consensus view is a result of the lack of aggressive weakness in EUR/CHF since the ECB meeting. If the cross was pressing the lower boundary of the year’s range we have no doubt that the SNB would respond with penalty rates of its own. We wouldn’t completely rule out such a move tomorrow, but without market pressure the probability is very low. We still think the Bank is going to want to get ahead of the situation which likely means at minimum that we will get aggressive jawboning from Jordan about the exchange rate and its commitment to defend the floor during the press conference. The cyclical outlook for the cross seems to favor a positive outcome as a turn higher looks probable by the end of the week. A move through 1.2200 should be enough to confirm that a low of some kind in the cross is in place. A daily close under 1.2160 after the meeting would cast serious doubt on our positive view.