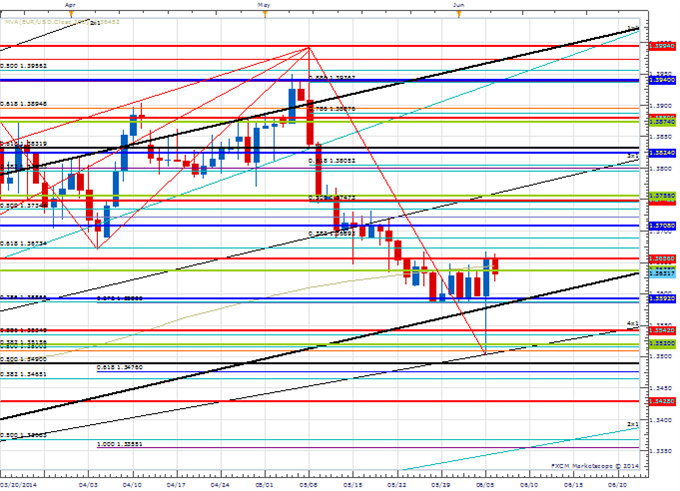 EUR/USD Strategy: Flat, but like the longside on a move through 1.3675. 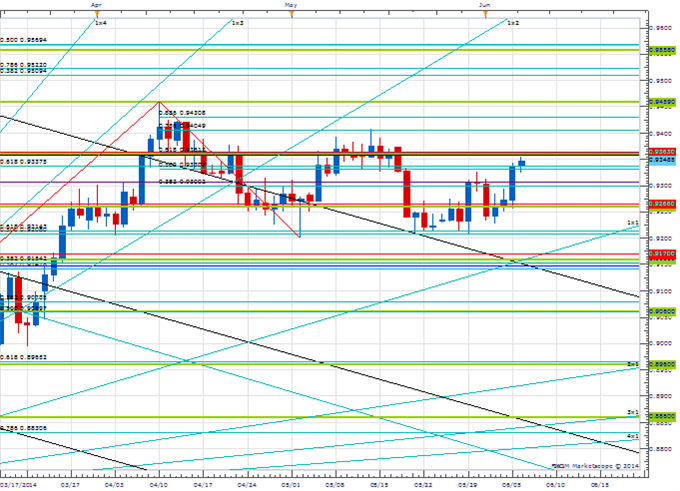 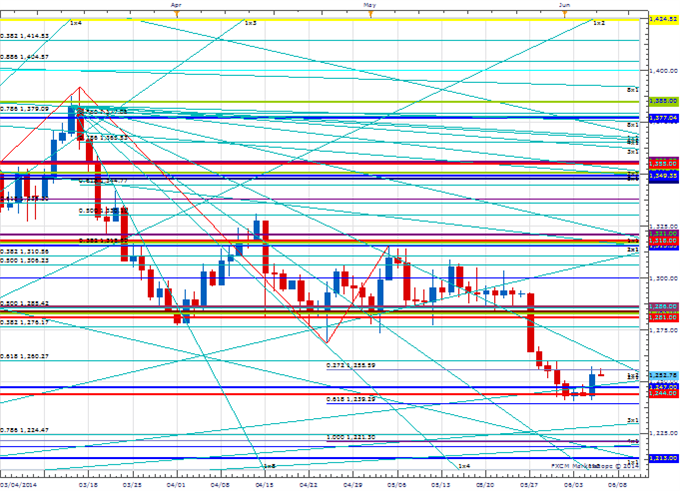 I mentioned yesterday some of the contrarian extremes that have started to creep into currency DSI figures this week. Certain commodities are also starting to reach levels that often correspond with more meaningful reversals. Gold in particular has caught my attention as the Daily Sentiment Index fell to just 9% bulls earlier this week while the 5-day average hovers around 11%. That in of itself is usually an important enough development to make me wary of a potential change in trend, but when these contrarian extremes in sentiment are getting touched around the same time that my cyclical analysis is pointing to a turn I pay extra close attention. The middle of June looks to be one of these key time periods as a cyclical relationship related to the 1980 high in the metal is expected to influence. I favor a low of some importance coming out of this turn window. Ideally this turn would come from somewhere around 1210/20, but I am beginning to doubt whether the market will get there by the middle of the month. A push through 1286 would signal that the metal has bottomed early.