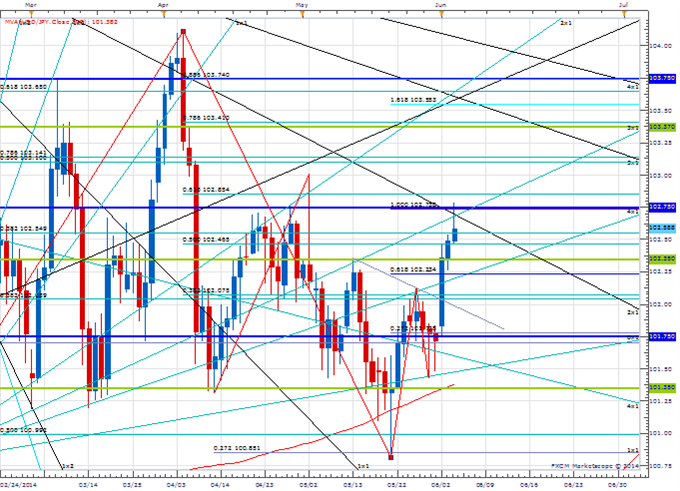 Price & Time: The EUR/USD Fork in the Road

USD/JPY Strategy: Like the short side while below 102.75 (on a closing basis). Would need to see 103.15 give way to get more excited about any potential upside. 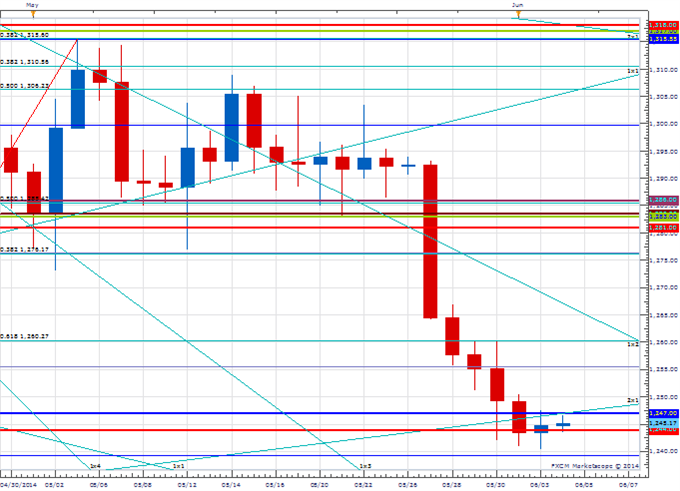 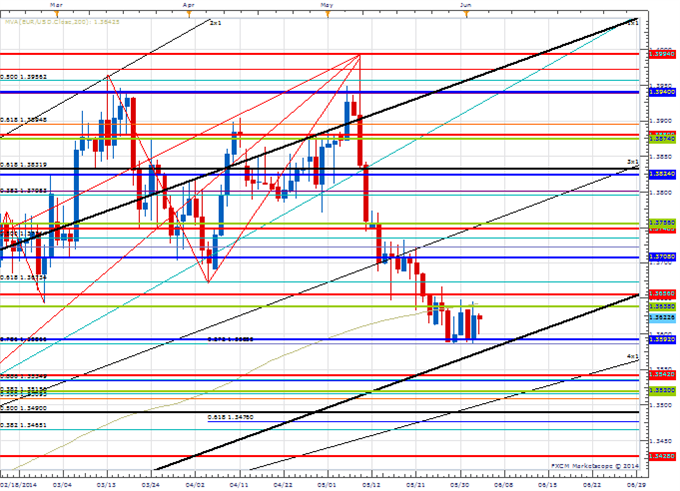 The ECB tomorrow looks to be the event of the week – most definitely it will be for the euro. You can drive yourself mad thinking of the possible outcomes and scenarios. On the face of it, the price action of the past few weeks would suggest the market is looking for something at least a little out of the ordinary from Mr. Draghi and friends and is vulnerable to a sharp snapback if they don’t come through. If you overthink it you can also arrive to the conclusion that ECB has disappointed virtually every time they have been in a similar situation so the real consensus is that they will do nothing and the exchange rate is actually really at risk of collapse if they come even a little bit close to laying the groundwork to more accommodative policy. I could do this all day and now I remember why I focus primarily on technicals and cycles. Taking a look at the near-term cyclical picture in EUR/USD I would say it looks probably as clear as it can before a major risk event. Short-term cycle analysis suggests Monday was a decent low in the exchange rate. If it truly was then the euro should rally at least for a week (and likely longer) meaning Thursday will probably be a disappointment and the catalyst for a more meaningful push higher. That is how I’m leaning anyway. The alternative is that my interpretation of the cyclical picture is off base here. A move under 1.3585 after the dust settles following the inevitable intraday whipsaw would be a pretty clear signal that I am wrong. This would open the door to a few more weeks of downside.