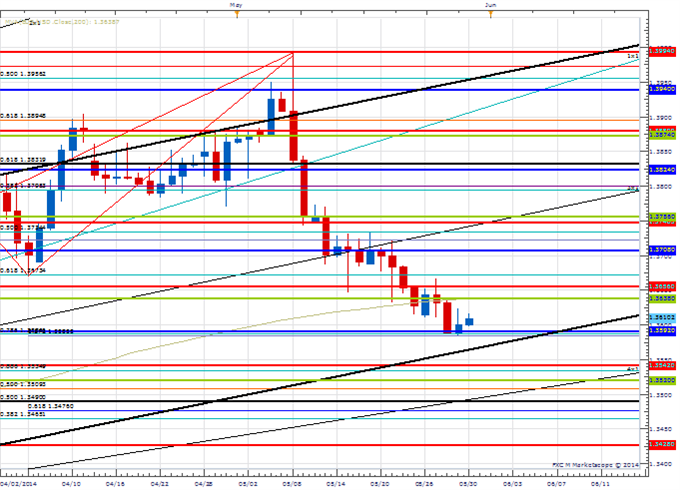 EUR/USD Strategy: Like the short side while below 1.3675, but positions should be reduced significantly (ie. take profits) heading into the turn window next week. 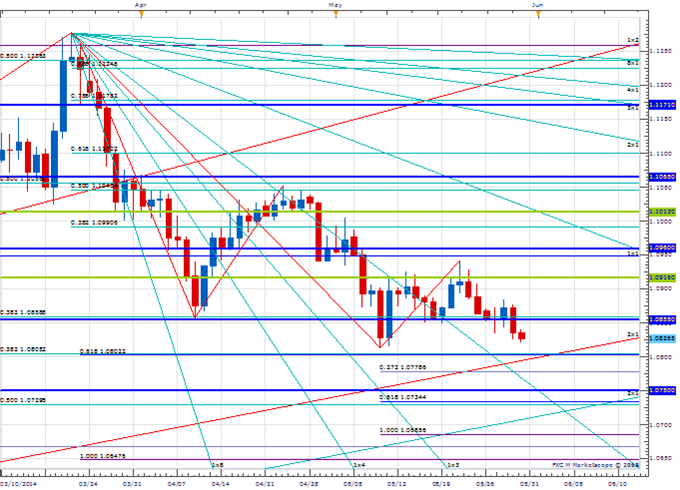 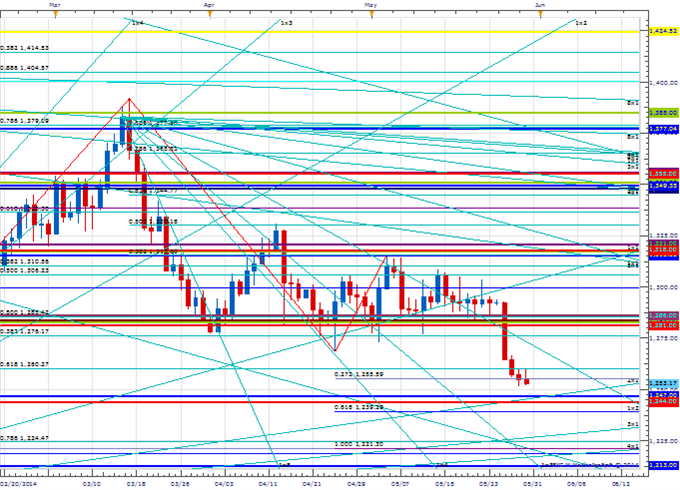 Our fears were realized in Gold (See Gold Gearing Up For A Powerful Move) as the metal came under aggressive downside pressure yet again on an option expiration day. The move through the late April low at 1268 has eliminated a major element of “time support” and turns our focus and attention generally lower in the metal into the next big cycle turn window which we see around the middle of next month (though there is a minor turn eyed next week). The 4th square root relationship of the year’s high comes into play at 1244 and looks to be the next important support area ahead of a major action/reaction zone between 1220/10. It would take a daily settlement in XAU/USD back over the 50% retracement of the December to March range near 1285 to warn that the near-term negative dynamics have truly changed.