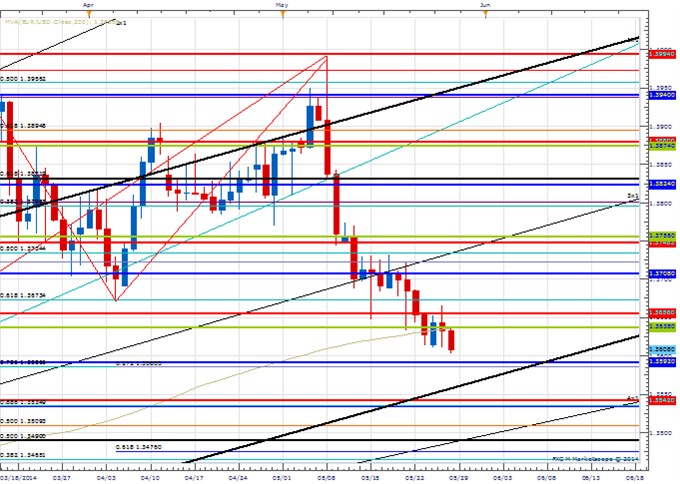 Price & Time: USD Advance Getting Long in the Tooth?

EUR/USD Strategy: Like the short side while below 1.3710, but looking to exit short positions by the end of the week. 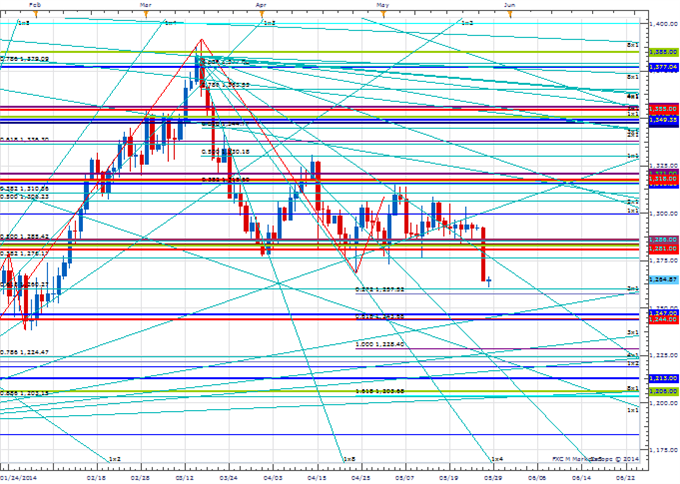 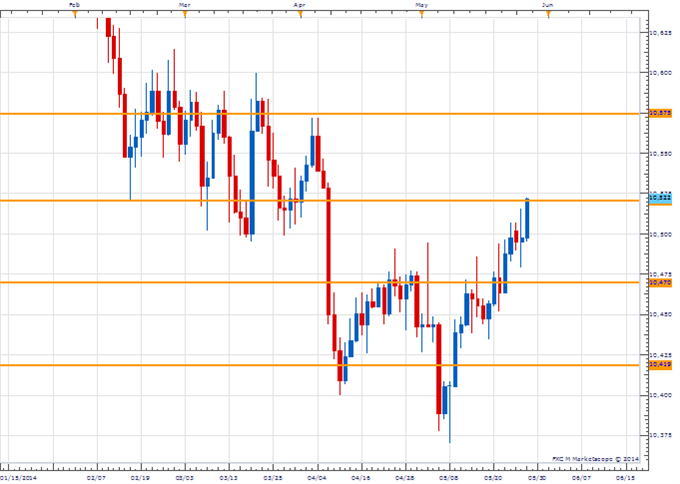 About a month ago we were looking for a strong rally in USD. At the time we were in very limited company as the fundamental background supposedly didn’t warrant a strong dollar. My how things have changed over the past few weeks! We were mostly focused on the euro, but even formerly unstoppable high fliers like Cable and NZD/USD have turned during this positive dollar period. In the broader scheme of things we like the dollar - especially over the second half of the year. In the near-term, however, we think the USD’s rise is getting a bit long in the tooth and will be limited to a few more days (a full week at best) as an important cycle turn window is eyed late this week/early next week. We will leave it to the fundamental guys to pinpoint the “reason” for this shift in sentiment, but from this corner month-end rebalancing shenanigans or a disappointment from the ECB look like clear candidates. We are unsure just how important this USD decline will be, but it would be surprising if it didn’t last at least a couple of weeks. Only new cycle highs in the FXCM Dollar Index after Thursday of next week would completely invalidate our early June negative USD view.