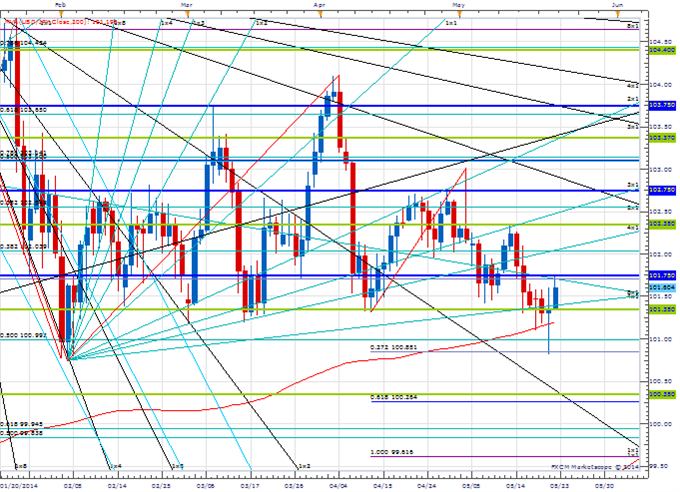 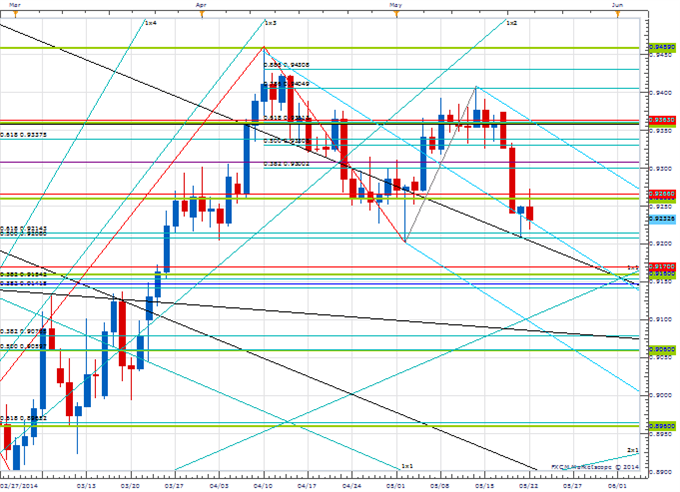 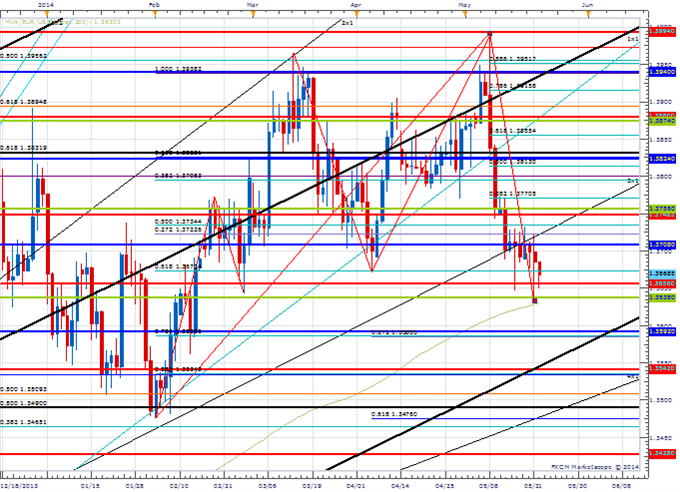 Since reversing from the important cycle turn window that we highlighted at the start of the month the euro has come under steady downside pressure. On Wednesday, EUR/USD touched its lowest level in over three months before rebounding off the 3rd square root relationship of the year’s high at 1.3640 - which is also just above the widely watched 200-day moving average. Was this an important low in the euro? We don’t think so. With the next important turn window eyed around the end of the month/first week of June we suspect general weakness will persist at least until then before a meaningful recovery in the euro is seen (though some minor strength looks possible early next week). The bottom of the1-year standard deviation channel coincides with the 4th square root relationship of the year’s high near 1.3550 and this still looks like a reasonable downside objective. Unexpected aggressive strength over 1.3820 would suggest that the euro has bottomed ahead of schedule.

This publication attempts to further explore the concept that mass movements of human psychology, as represented by the financial markets, are subject to natural law and through the use of various geometric, statistical and cyclical techniques a better understanding of markets and their corresponding movements can be achieved.