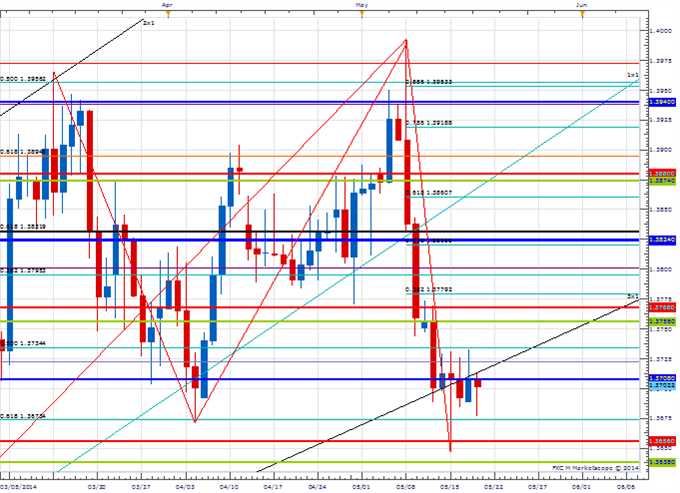 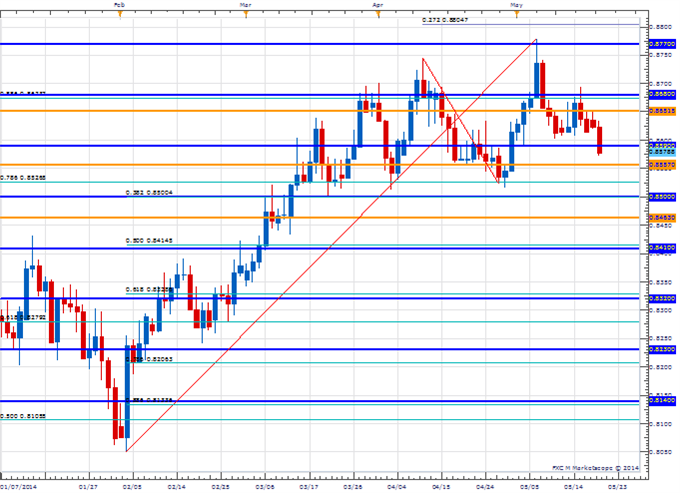 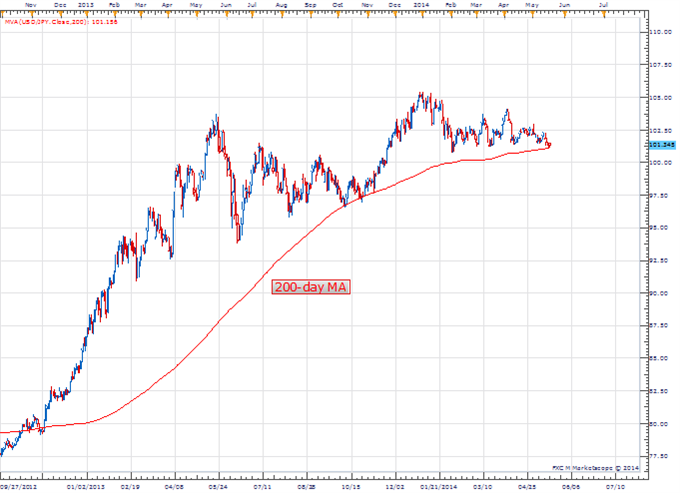 USD/JPY seems to be at a critical inflection point. On Monday the exchange rate tested and held its 200-day moving average near 101.10. This was the first time since October/November of last year that the widely watched support level had been seen. Back then we were fairly confident that a test of the moving average would lead to an important rebound as it was the first time the 200-day MA had been tested since the major uptrend in USD/JPY had started in 2012. We have found that first time tests of the 200-day MA in major uptrends usually prove successful. This time around we are far from confident about any sort of meaningful rebound – in fact we fear the opposite. Long USD/JPY remains one of the favored macro themes at the institutional level. With the exchange rate having effectively gone nowhere over the past year (while other pro-risk markets like the SPX have gone gangbusters) there is likely a lot of “stale” positioning among this market segment. We can’t help but wonder if a clear break of the 200-day MA over the next few days will be the technical trigger that forces a meaningful washout after a long period of going nowhere.