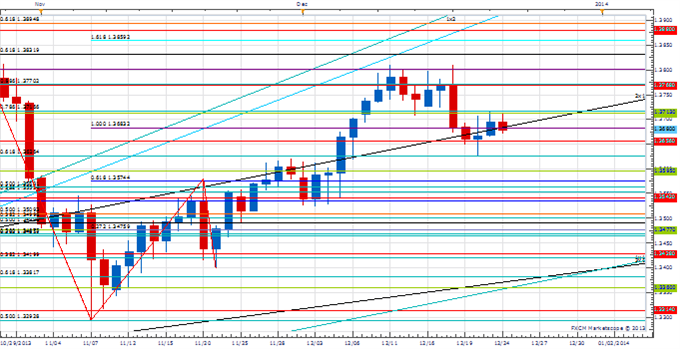 EUR/USD Strategy: Favor the long side while over 1.3595 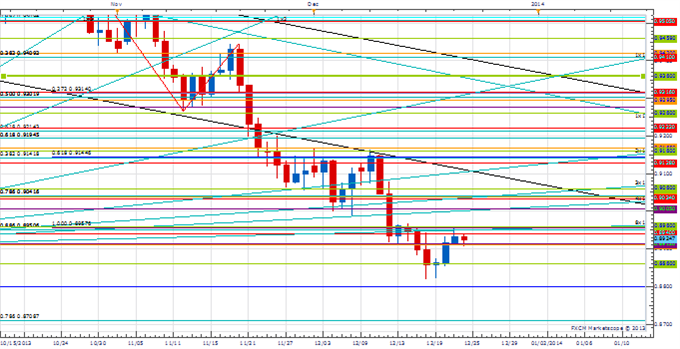 AUD/USD Strategy: Favor the short side while under .9005. 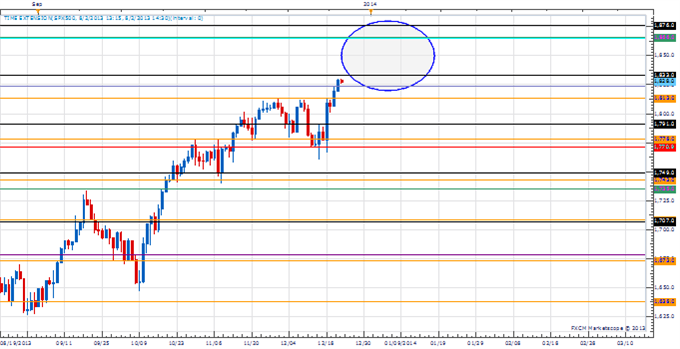 As we have mentioned in various notes the next 50 points or so in the S&P 500 is a critical long-term resistance area. Using the FXCM fair value instrument, the 127% extension of the 2007/2009 decline is at 1823 while the 161.8% extension of the 2011 range comes in around 1864. Gann points related to the 2009 low are at 1834 and 1876. All of these levels in their own right look important enough to prompt some sort of counter-trend attempt, but given their relative close proximity (on a longer-term basis) it looks like a key zone from which to expect some sort of material corrective action. This seems to be even more the case when one factors in the historical extreme positive sentiment being exhibited of late towards the asset class as well as the increased use of leverage being used to speculate in equities (NYSE margin debt now around 2.5% of GDP). Of course a “material correction” is by no means guaranteed and we would prefer to see the market respond negatively to this resistance area before positioning too aggressively on the short side. A multi-day close over 1876 risks a parabolic push higher.