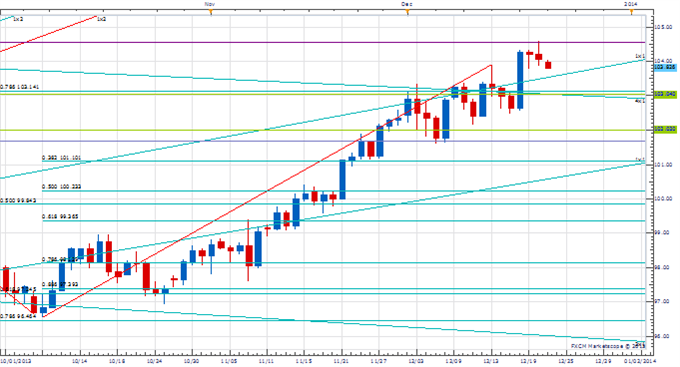 Price & Time: Why Next Week is Cyclically Important for the Euro 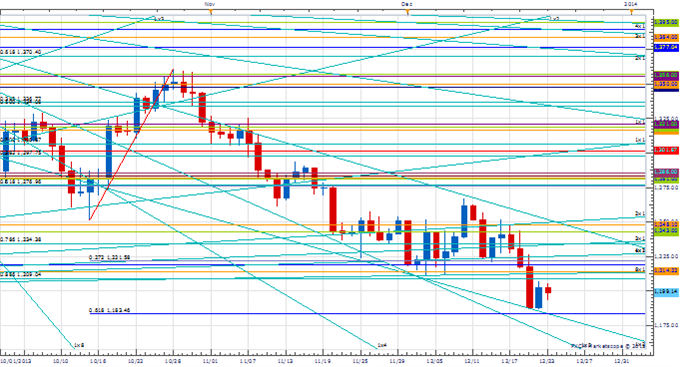 XAU/USD Strategy: Favor the short side while under 1249. 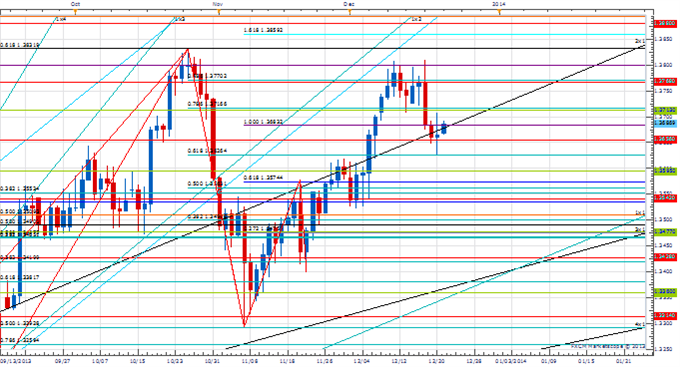 Next week continues to be a focal point for us in EUR/USD from a timing perspective as several long-term cycles align there. Perhaps the most important is a 17.2 month count from the 2012 low in the Euro. 17.2 months is significant as it is made up of two 8.6 month “Pi cycle” lengths discovered by Princeton Economics’ Martin Armstrong. We have noticed over the years that trends have a strong tendency to terminate around this 17-month interval. The decline in the S&P 500 during the Financial Crisis, for instance, lasted almost exactly 17 months. With the Euro having rallied pretty steadily since its low in July of 2012 it is at some risk here of peaking. Of course just because cycles align does not mean that a reversal is assured. Continued strength in the Euro past the 2nd week of January would undermine this potential negative cyclical influence.