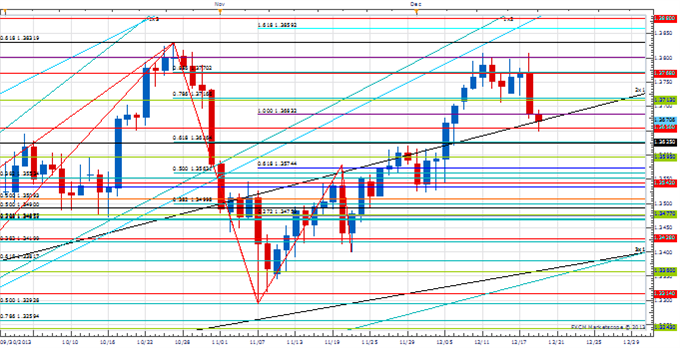 Price & Time: How Important Was Yesterday's Reversal in the Euro?

EUR/USD Strategy: Favor the long side while over 1.3595 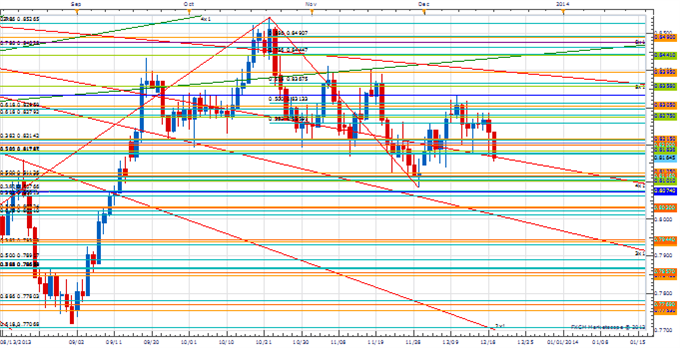 NZD/USD Strategy: Favor the short side while under .8310. 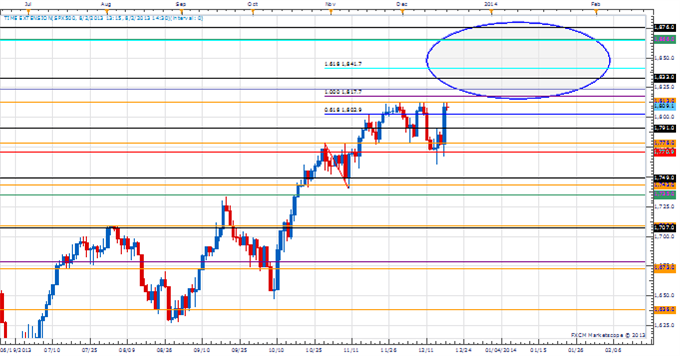 A so called “Dovish taper” has lit a fire under US equities putting the S&P 500 close to new all-time highs this morning. Looking out a few months the cyclical picture for equities is a messy one. There is loads of important timing throughout the 1st quarter of 2014 and with sentiment as measured by the Daily Sentiment Index and Investors Intelligence at or near all-time highs of optimism we continue to favor some sort of important peak forming during this time. It does not necessarily have to be “the high”, but just a reminder that two-way risk does exist in the market. For the moment, the end of January and the middle of March look the most important from a medium-term cyclical perspective. A host of long-term resistance levels related to the October 2007 high and the March 2009 low between 1820 and 1875 suggest the zone will be an important potential inflection point. However, strength through the upper bound of this resistance area would risk a parabolic blow off.