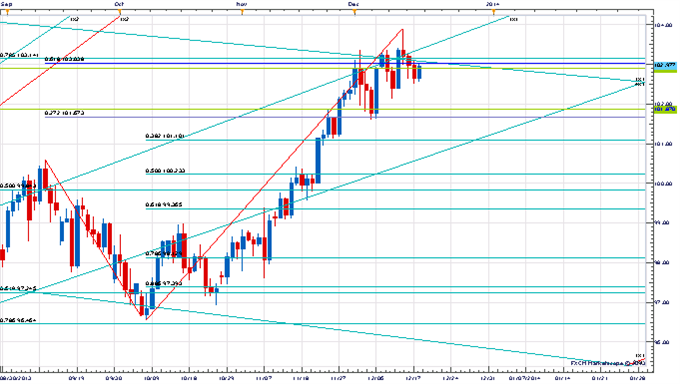 Price & Time: Key Levels to Watch Ahead of the FOMC

- AUD/USD prone to a reversal 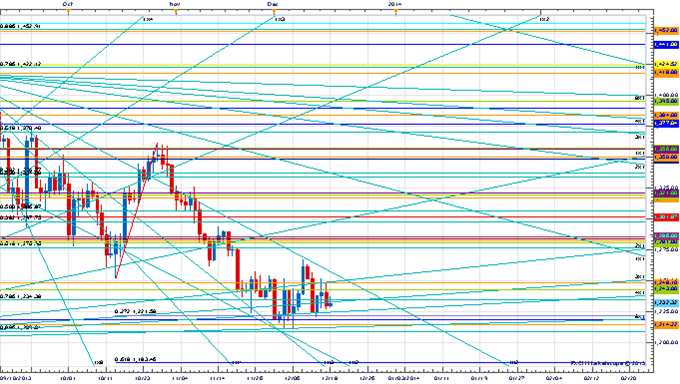 XAU/USD Strategy: Favor the short side while under 1268. 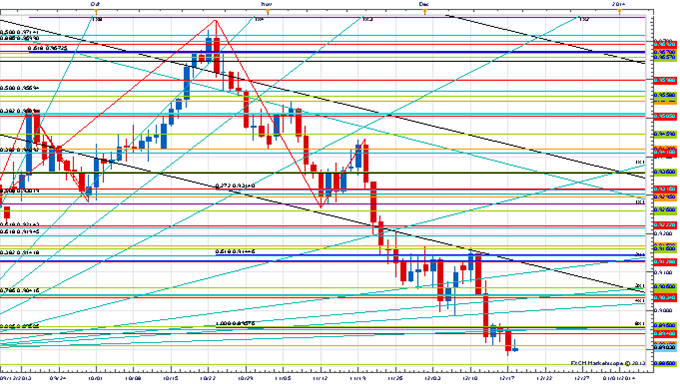 AUD/USD recorded a new low close for the year on Tuesday (by 1/10th of a pip on the FXCM platform). The decline to this point has been impressive with the exchange rate losing more than 8 big figures since its failure at the 200-day moving average back in October. However, the decline is now more than 40 trading days old. One of our favorite trend cycle lengths is around 45 days as this marks a Gann Commodity “Death cycle” where short-term reversals are more frequent. Interestingly this day count will roughly coincide with the Winter Solstice (in the Northern Hemisphere) this weekend which is another potentially important inflection point in Gann theory. It is also worth pointing out that the last few weeks of December are one of the stronger periods of the year for the exchange rate on a seasonal basis. Factors certainly seem to be aligning for at least a short-term reversal in the Aussie over the next week. Tempting as it might be to try to catch the bottom tick, we prefer to wait for strength that confirms our notion before positioning. Any continued weakness into the latter part of next week will negate the potential positive cyclicality.