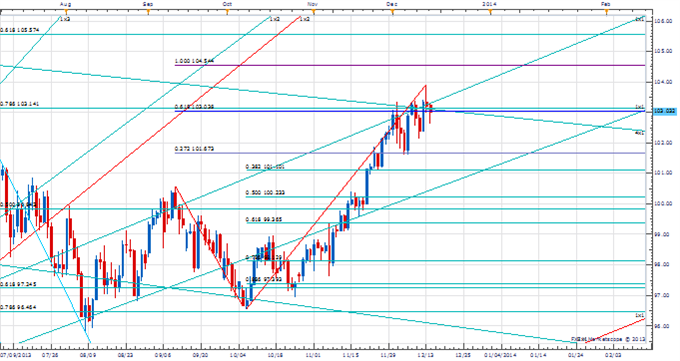 Price & Time: What Now For the Euro?

USD/JPY Strategy: Favor the long side while over 101.65 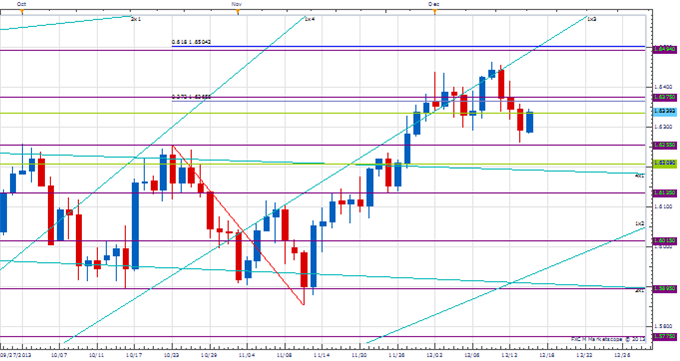 GBP/USD Strategy: Favor the long side while over 1.6210 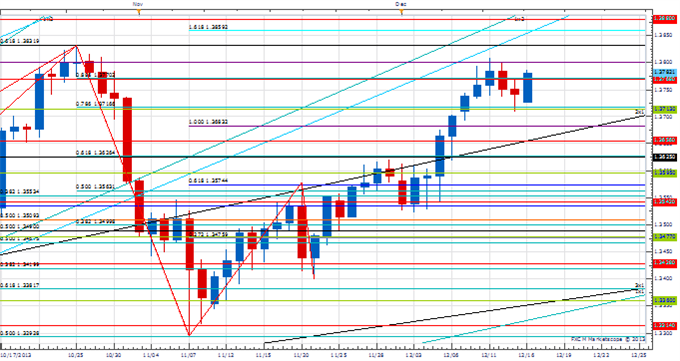 Looking at exchange rates this morning it seems little has changed in the week I have been absent. Perhaps the most notable price action from a cyclical perspective has been in EUR/USD as the rate blew through an important cycle turn window around the start of the month. In many ways this strength in the single currency is not all that surprising as December has a seasonal tendency to be one of the stronger months in the rate. That said, January has a tendency to be one of the worse. With important longer-term Pi and Fibonacci cyclical relationships converging in about two weeks and sentiment approaching contrarian extremes (DSI at 85% bulls as of Friday) I believe the Euro is setting up for an important top of sorts around the end of the year. Given the proximity of the October higher, it is likely to materialize from above 1.3830 with 1.3880 and 1.3990 the next key resistance zones of note.