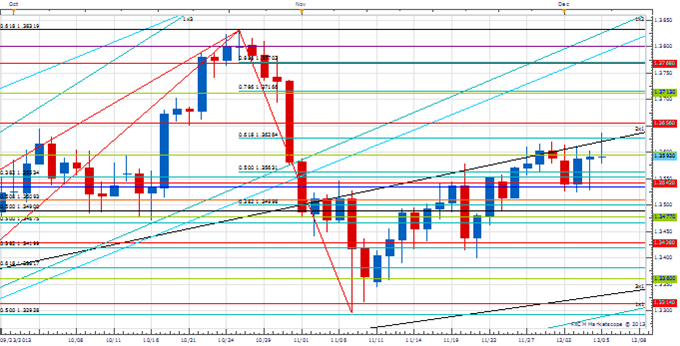 EUR/USD Strategy: Favor the long side while over 1.3480 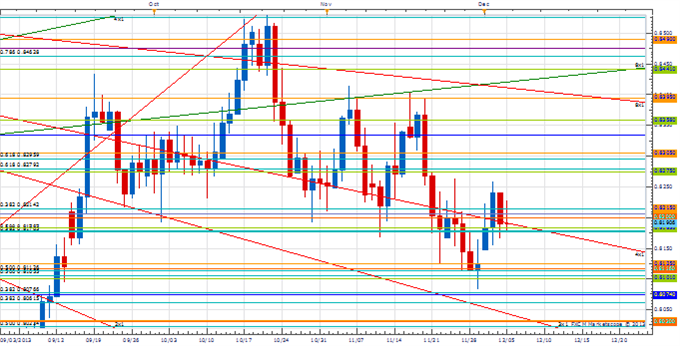 NZD/USD Strategy: Favor the short side while under .8275 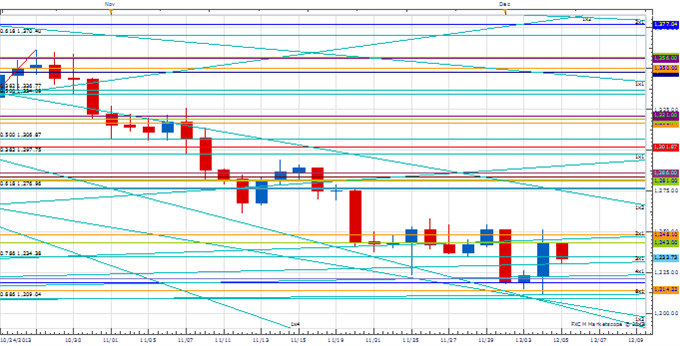 In our weekly outlook webinar on Tuesday we spoke about the possibility for a reversal in Gold as Monday and Tuesday were a potential turning point using one of our “newer” Gann cyclical methods. Interestingly, the low close in the metal was in fact Monday. We recognize that new intraday lows were made in Gold yesterday before the move higher, but intraday action does not negate a turn window. In fact sharp intraday swings are quite a common charactersitic in Gold around turning points. The August high, for example, did something similar and this is a major reason why we analyze the metal on a daily close basis. How important Monday's cyclical low proves to be now depends on the metal. Key resistance is seen at last week’s high of 1258 with traction above needed to signal that a more important reversal is unfolding here. A daily close back under 1219 would invalidate the burgeoning positive cyclicality and refocus lower.