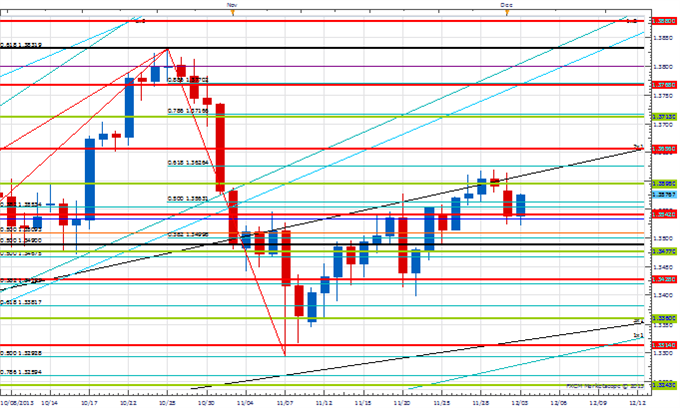 EUR/USD Strategy: Don’t like buying Euros this close to the cycle turn window. 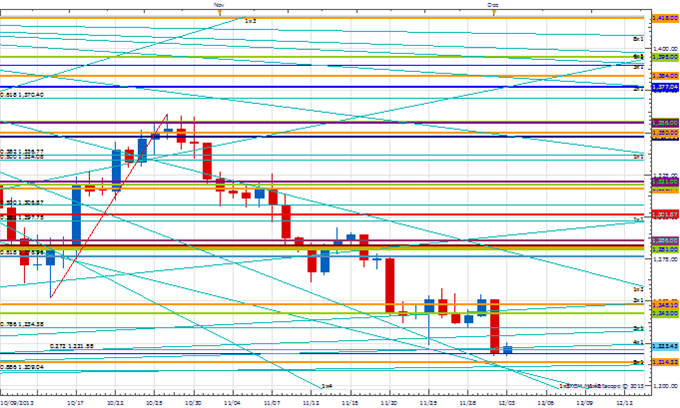 XAU/USD Strategy: Like being square for a few days. 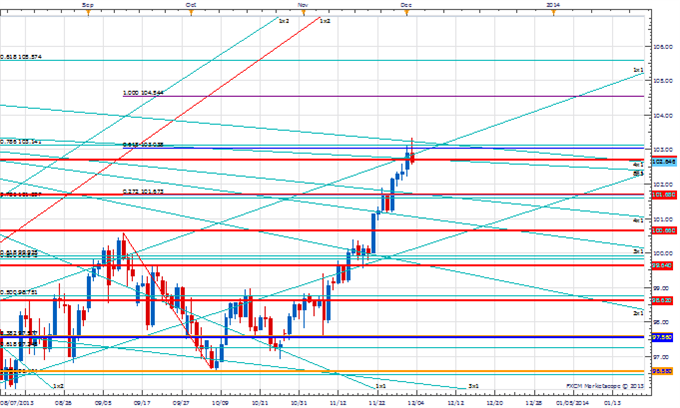 The Daily Sentiment Index (DSI) in the Yen reached just 7% bulls on Friday. The market is very confident that USD/JPY is headed higher in the near-term. We now have our doubts. When sentiment gets so lopsided it is usually a strong sign that a market has begun to get a little ahead of itself (at least in the short-term). Additionally several short-term cyclical methodologies suggest Monday was the right time for at least a minor peak that could lead to a few days of corrective behavior. The 103.00 to 103.70 area is also full of several key resistance levels including the 161.8% extension of the Sep/Oct decline, the year’s high and a Gann angle line related to the 2007 high - all of which are important enough in their own right to inspire some sort of counter-trend reaction. Of course the counter argument to all this is that exchange rate is breaking out of a multi-month consolidation (i.e. has a lot of “stored energy”) and corrections will be limited and few and far between. We now prefer a buy into weakness strategy, but a clear move through 103.70 would change this.